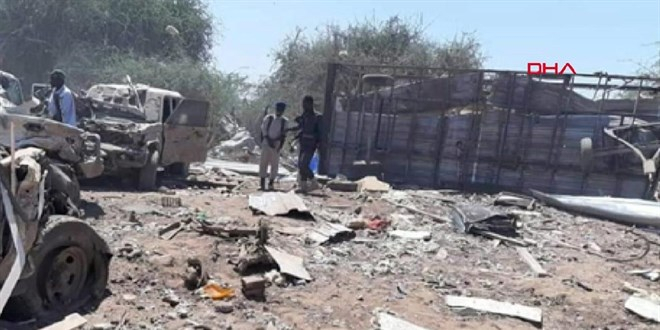 Four people, including a Turkish national, and several other Turkish laborers were injured after a suicide bomber carried out an attack on a road construction site in Somalia, security sources said Saturday, Daily Sabah reports.

In a statement, the Foreign Ministry said that the attack took place near the Mogadishu-Afgoya road construction work, which was conducted by a Turkish company. The ministry noted that four Turkish nationals have been injured in the attack.

The Foreign Ministry also condemned the attack and pledged solidarity with the Somalian government and the people.

Dismissing earlier reports that the attack targeted Turkish troops in the country, security sources said the perpetrator carried it out against Turkish workers by blowing himself up as he rode his motorcycle.

The attack took place some 15 kilometers (9 miles) away from the Turkish military base, Camp TURKSOM, in Mogadishu and no military personnel has been affected by the attack, the sources added.

Turkey's base in Somalia is its biggest overseas military training base and was inaugurated in 2017.