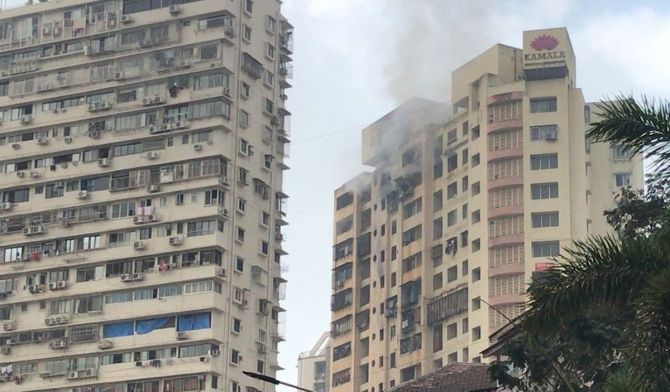 At least seven people were killed and 16 others injured in a major fire that broke out on the 18th floor of a residential building in Tardeo area of central Mumbai on Saturday morning, an official said.

The blaze erupted around 7 am in Kamla building located opposite Gandhi Hospital at Gowalia Tank, when many of its residents were still asleep, the official of the Brihanmumbai Municipal Corporation said.

"It is a ground plus 20-storey building. The fire broke out on its 18th floor. On being alerted, the fire brigade personnel and police rushed to the spot. Several persons were injured in the incident and they were taken to different nearby hospitals," he said.