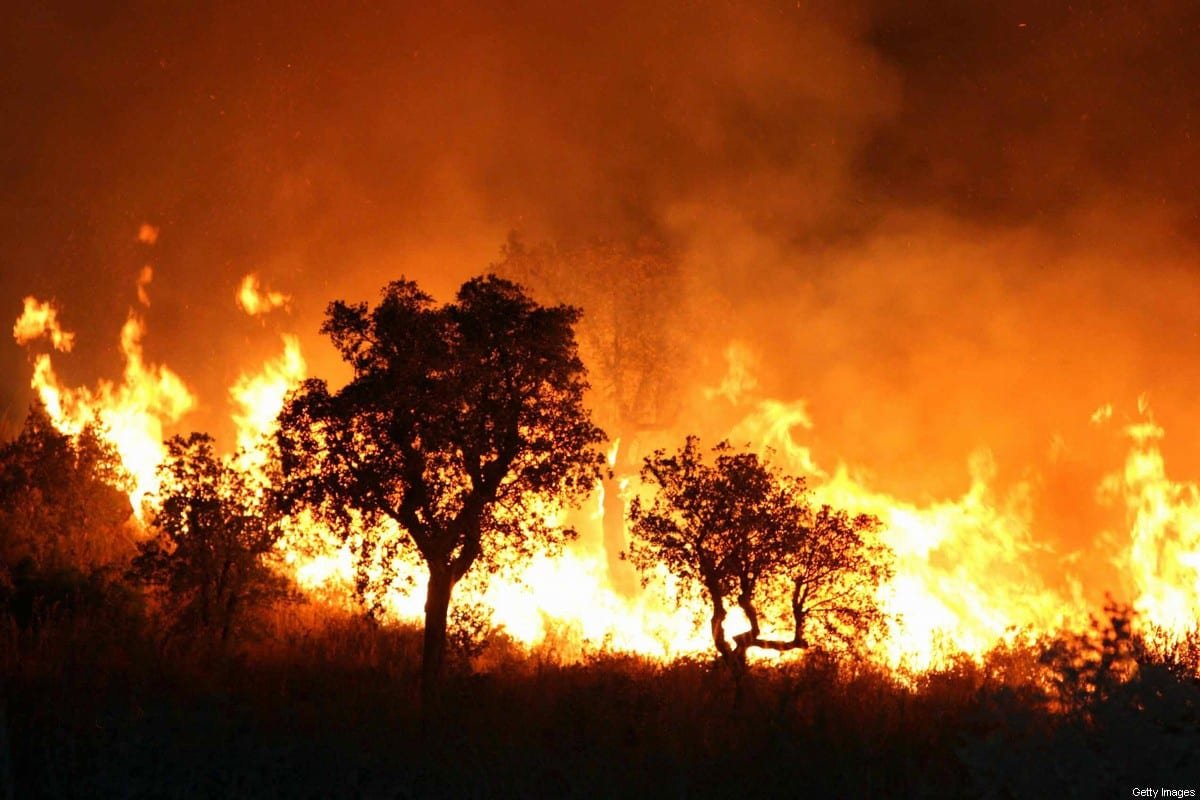 Algeria’s government said on Tuesday arsonists were responsible for dozens of forest fires that have killed 42 people, including 25 soldiers deployed to help put out the flames, and destroyed homes east of the capital, Reuters reported.

Plumes of smoke rose from pockets of fire in the forest in Tizi Ouzou region on Tuesday, while residents used tree branches and hurled water from plastic containers in an attempt to put out the flames however they could.

Several houses were burnt and families were escaping to hotels, youth hostels and university residences, witnesses said, as dense smoke hampered the visibility of fire crews.

"We had a horror night. My house is completely burnt," said Mohamed Kaci, who had fled with his family from the village of Azazga to a hotel.

Interior Minister Kamel Beldjoud said an investigation would be launched to identify those behind the blazes. "Only criminal hands can be behind the simultaneous outbreak of about 50 fires across several localities of the province," he said.

Speaking on state television on Tuesday night, Prime Minister Ayman Benabderrahmane said the death toll had risen to 42, including 25 members of the military. The government was in "advanced talks with (foreign) partners to hire planes and help speed up the process of extinguishing fires", he added.

Firefighters and the army were still trying to contain the blazes, and Beldjoud said the priority was to avoid more victims. He vowed to compensate those affected.

Smaller fires have ravaged forests in at least 16 provinces of the North African country since Monday night.