Anatomy of Hate: The reasons behind the rampancy of anti-Semitism in Russia and Armenia 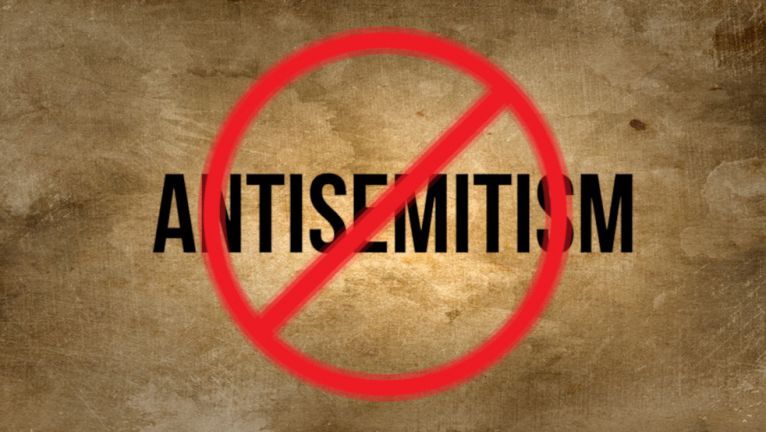 A day ago, an unprecedented event in modern diplomacy took place: during a telephone conversation between Russian President Vladimir Putin and Israeli Prime Minister Naftali Bennett, the Russian leader apologized to his interlocutor for the remarks of Russian Foreign Minister Sergey Lavrov regarding the Jews. According to The Jerusalem Post, the Israeli prime minister accepted the apology and thanked the Kremlin for the clarification.

It would seem that this would be the end of the scandal between Russia and Israel, except for several "but"...

First of all, it is noteworthy who exactly made such provocative statements, which almost resulted in another break in relations between Moscow and the Jewish state. Anti-Semitism has always existed in Russia, even at a state level, especially during Soviet times (with few exceptions, such as in Azerbaijan). It is still there at the domestic level in contemporary Russia (Jews are to be blamed for everything, especially since they are in the majority amongst the Russian oligarchs). However, it should be understood that if the shameful phenomenon was previously associated with deputies, journalists, and public figures like the notorious Anpilov and Makashov, who built their political careers on cheap populism and radical anti-Semitic statements, now the scandal involves the long-standing head of Russian diplomacy, Sergey Lavrov. On the one hand, Lavrov is unable to forget the anti-Semitism of the Soviet Union, and on the other, his ethnic origins (it is well known that the father of the Russian Foreign Minister was Kalantarov, an Armenian from Tbilisi) make him identifiable. Both of these factors easily outweighed Lavrov's political experience (without which he would have been unlikely to remain in office for 18 years) and his professional record, which includes a ten-year tenure as Russia's permanent representative to the United Nations. As we can see, this did not prevent him from making ridiculous anti-Semitic statements, for which Putin himself had to apologize. 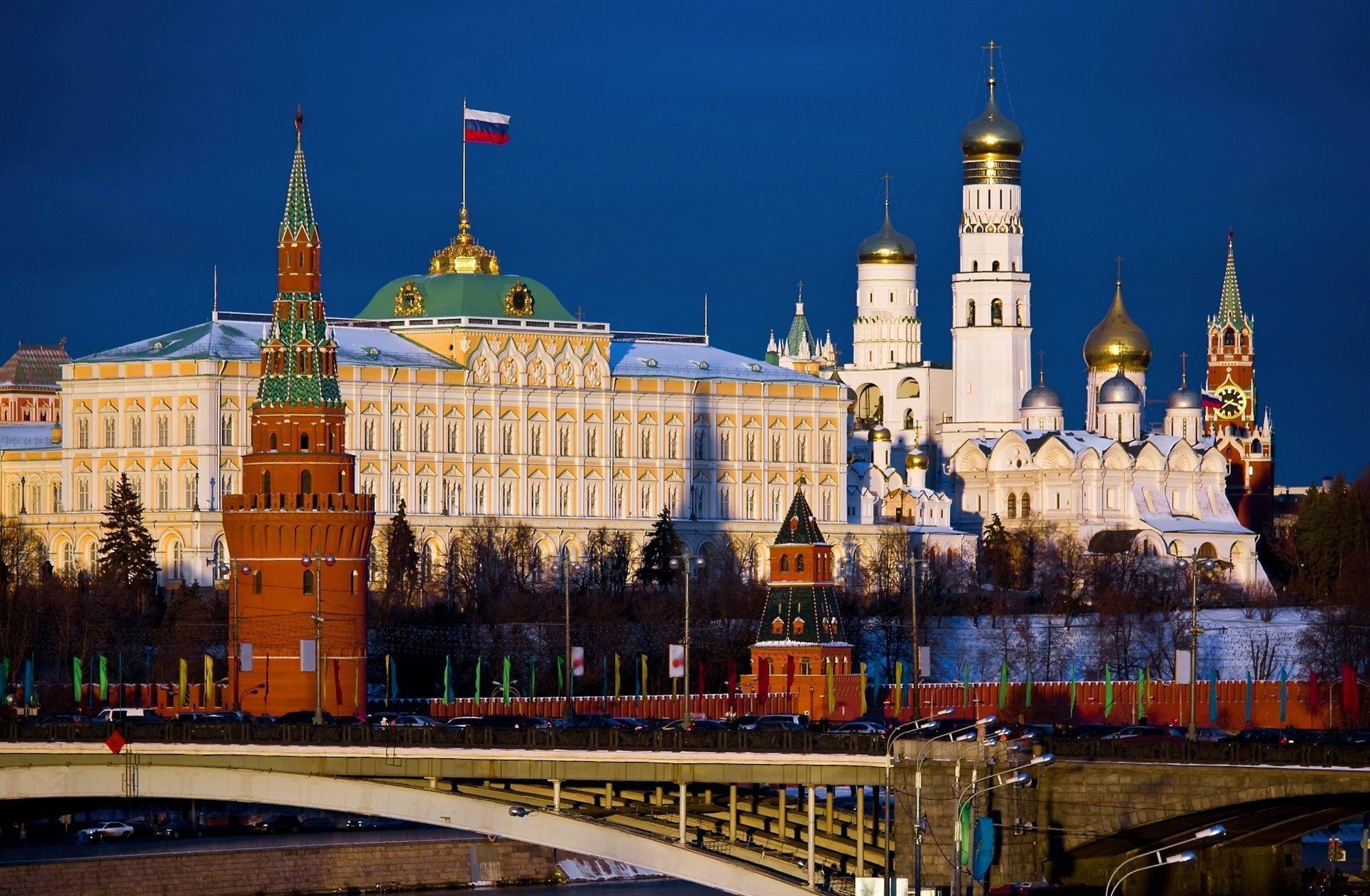 Second, with the outbreak of the Russian-Ukrainian war, anti-Semitism in Russia gained a new lease on life, given the fact that Ukrainian President Volodymyr Zelenskyy, so disliked in high offices in Moscow, is of Jewish descent. And at the cutting edge of this wave are propaganda sites, which are also headed by ethnic Armenians. We are talking, as you have already guessed, about the notorious devastator of the Russian state budget, Margarita Simonyan, who, invariably mentioning Ukraine, puts special emphasis on Zelenskyy's origins. Back in January of this year, that is, before the Russian invasion of Ukraine, Simonyan posted an anti-Semitic video about Zelenskyy. Or rather, a fragment of an old satirical video from the studio "Kvartal 95," in which Zelenskyy, then just a showman, plays the role of Spartan king Leonidas going to war. "In January 2022 there will be an annual Russian attack on Ukraine: Zelenskyy is ready," the caption to the video says. Two photos of the Ukrainian leader in military ammunition are posted under the video.

"People in Moscow are cracking up while watching this," Simonyan commented on the video. The video is called "300 Jews". It was filmed in 2013 before Ukraine had finally quarrelled with Russia over the annexation of Crimea. In the hilarious sketch, Leonidas wears side-locks, speaks with an "Odessa" accent, and argues with his all-knowing Jewish mother. This judophobic outburst was noticed on Israel's Channel Nine.

By the way, this is not the first time Simonyan has attacked Jews. Suffice it to recall that last summer, she pitched her media empire against the Israeli gymnast Lina Ashram. She even called the international judges at the Olympics "total bastards" on her Telegram channel: "Total bastards. I don't watch the Olympics any more. An Israeli gymnast who dropped an object will accept not a gold medal, but a disgrace. A normal person, knowing that she, who dropped the accessory, was dragged by the hair to the first place, suing her competitor, would not go to this pedestal at all," Simonyan wrote. She also asked if there was "anyone of our people" in Tokyo to "spit after these bastards". According to Margo, the Israeli gymnast had one chance to remain human - to return the medal.

The picture gets more than clear if we also remember her words that "French Jews are trying hard to turn children into Russophobes." This is not surprising, given the level of anti-Semitism in Simonyan's historical homeland, Armenia, where Garegin Nzhdeh, the Nazi henchman, is being glorified. International sociological surveys regularly document a fairly high level of anti-Semitism in Armenian society. According to a 2018 Pew Research Center poll, 32% of respondents in Armenia said they would not want Jews as neighbours. This is the highest rate amongst the 18 nations surveyed. A few years earlier, the Anti-Defamation League, in its worldwide survey, also recorded relatively high levels of anti-Semitic sentiment in Armenia. The notional share of anti-Semites in society, as determined by ADL experts, was 58% in this country. 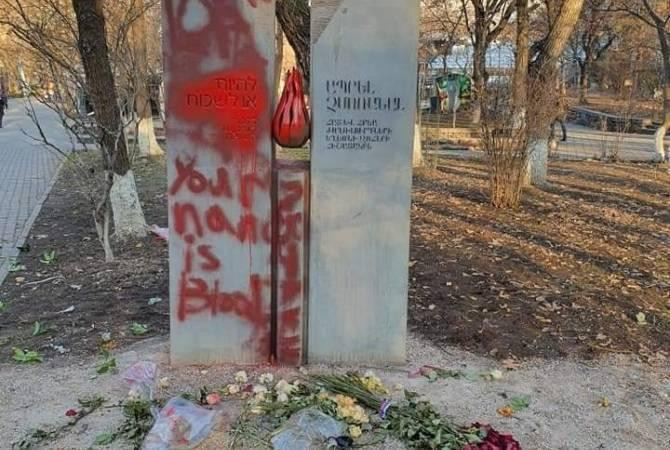 In February 2021, the "To Live and Not Forget" Holocaust memorial in Yerevan was once again desecrated by anti-Semites who painted over the Hebrew inscriptions. The World Jewish Congress condemned the anti-Semitic vandalism: "It is painful to see that the memorial to Holocaust victims in Yerevan was desecrated with vile anti-Semitic graffiti. The barbarism was condemned by the mayor of the city." According to Jewish Press, Rabbi Zamir Isayev wrote on Twitter, "What a shame! The monument to Holocaust victims in Yerevan has once again been desecrated. How can Armenians justify the desecration of the Holocaust victims' memorial with the fact that Israel sold arms to Azerbaijan? Does that give them the right to desecrate a monument?"

In addition, vandals poured red paint over the memorial stone at the Alley of Friendship between Armenia and Israel in Akhtanak Park.

Therefore, it is not at all surprising that anti-Semitic sentiments are widespread not only in Armenia but also amongst Armenians living outside the territory of this republic.

And finally, there is one last thing. Anti-Semitism has long been condemned in a civilized society, which does not divide people according to their nationality, religion, or skin colour. And it is especially difficult to imagine a country that is a member of the United Nations Security Council and claims to be one of the superpowers making a statement about Hitler's Jewish roots. It is also nonsense that the president of a country has to apologize to his foreign minister. In any civilized country, the minister would face imminent dismissal for such a mistake. But Lavrov is still the boss of the building on Smolenskaya Square. And that's all you need to know about the current state of Russian diplomacy. This also applies to Russian propaganda, in which Armenian Judophobe Simonyan plays the first fiddle. O tempora, o mores?

The article was published by Caliber.Az portal