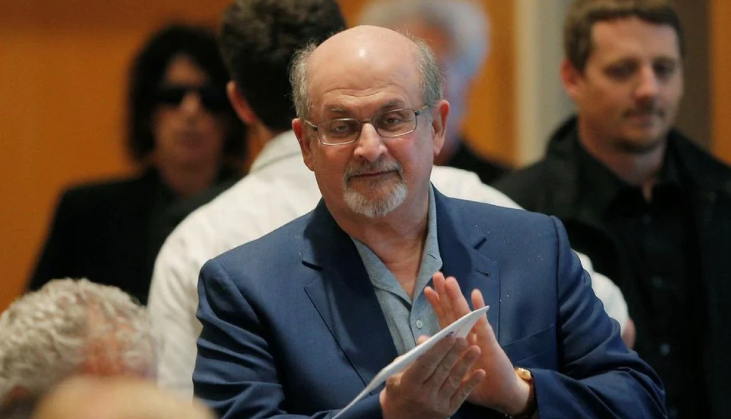 Salman Rushdie -- a celebrated author and winner of the world's top literary prizes -- was attacked on stage Thursday before giving a lecture at the Chautauqua Institution in western New York, a witness says, News.az reports citing CNN.

A man on the stage was seen "punching or stabbing" the novelist before the event, according to an AP reporter who witnessed the attack.

Medical staff and police were called to the amphitheater, according to a Chautauqua spokesperson who would not elaborate or confirm details about the incident.

A witness in the audience told CNN he saw Rushdie attacked on stage.

The witness could not confirm what was used in the attack, adding that he was 75 feet from stage.

Rushdie's book "The Satanic Verses" earned him a death sentence in a fatwa from Iran's Ayatollah Ruhollah Khomeini in 1989, the year after the book was published.

Some Muslims found the book sacrilegious and it is banned in the country. Rushdie spent a decade under British protection after the fatwa was issued against him.