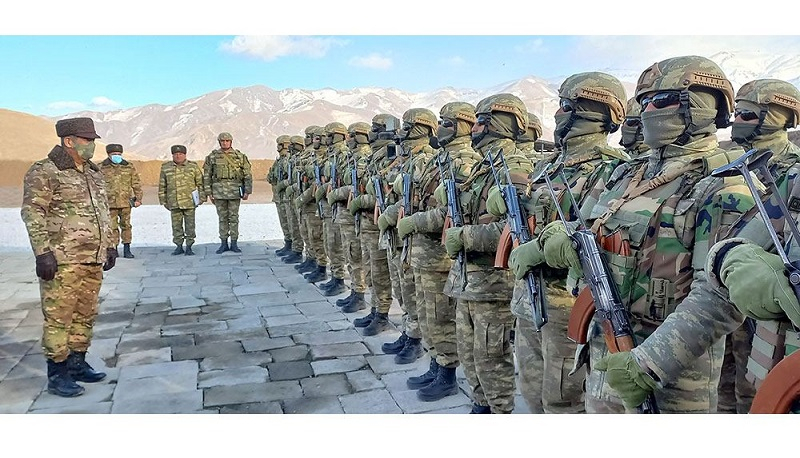 Defense Minister, Colonel General Zakir Hasanov, who is on a visit to Kalbajar district, attended the opening of the recently built military infrastructure.

After getting acquainted with the conditions created for servicemen, Minister Hasanov was reported that the necessary conditions for the military personnel have been created here. The infrastructure is provided with modern equipment, furniture, and inventory to meet all necessary needs. There is a weapon room, barrack, canteen, kitchen, medical point, food warehouse, amenity premise, bath and sanitary facilities, and generators that provide the area with an uninterrupted power supply. The building is provided with electricity, water pipelines, and communication lines, as well as central heating and fire alarm systems.

The minister got acquainted with the canteen and was reported that there is a kitchen and food warehouse that are fully equipped with modern equipment, as well as a day room for personnel responsible for providing hot meals to servicemen. Modern bakery equipment is also installed in the canteen. Military personnel are constantly provided with fresh bread. Sanitary and hygienic rules are fully followed in the canteen.

The Defense Ministry’s leadership then visited the car park of the military facility. During the acquaintance with the park, information was provided about the new tracked snowmobiles used to ensure the uninterrupted transportation of personnel and cargo in difficult terrain and snowy areas.

Minister Hasanov inquired about the progress of the exercises held in accordance with the combat training plan, and was informed that the flexible and safe movement of units was ensured by special personal equipment for walking on snow and new special equipment, recently adopted into the armament.

The minister gave relevant instructions to further improve the social and living conditions of servicemen, as well as to maintain a high level of combat duty.