Azerbaijan has always demonstrated its position on both global and regional issues: President Aliyev 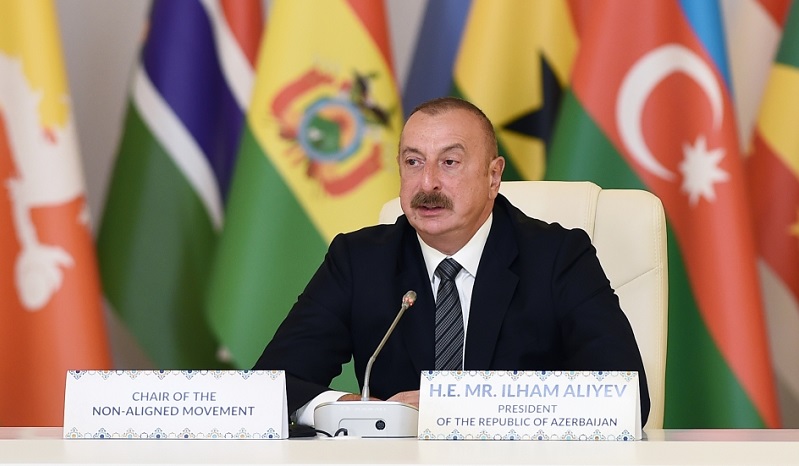 Azerbaijan has always demonstrated its position on both regional and global issues, President Ilham Aliyev said as he addressed the Baku Conference of the Non-Aligned Movement Parliamentary Network on Thursday, News.Az reports.

The head of state noted that Azerbaijan, as the chair of the Non-Aligned Movement, will continue to fight against injustice, violation of international law, selective approach to different conflicts, as well as against discrimination.

" As I said, unanimous decision to assign chairmanship of NAM and then to extend it was a clear demonstration of attitude of countries towards Azerbaijan," President Aliyev added.