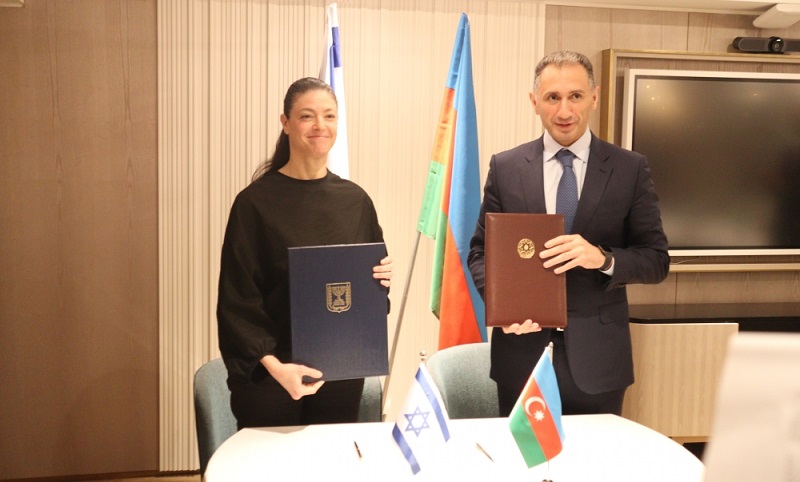 Azerbaijan’s Minister of Digital Development and Transport Rashad Nabiyev held a meeting with Israeli Minister of Transportation and Road Safety Merav Michaeli during his working visit to the country.

During the meeting, the sides signed an agreement on air transport between Azerbaijan and Israel, the Ministry of Digital Development and Transport told News.Az.

The signing of this document is aimed at facilitating mutual travel of Azerbaijani and Israeli citizens. It will also have a positive impact on the development of tourist and cultural relations between the two countries, the ministry said.

An agreement was also signed between the Electronic Security Service under the Ministry of Digital Development and Transport and the Technion - Israel Institute of Technology on the establishment Azerbaijan Cyber Security Center as part of Minister Nabiyev’s visit to Israel.