Azerbaijan once again sends note of protest to France 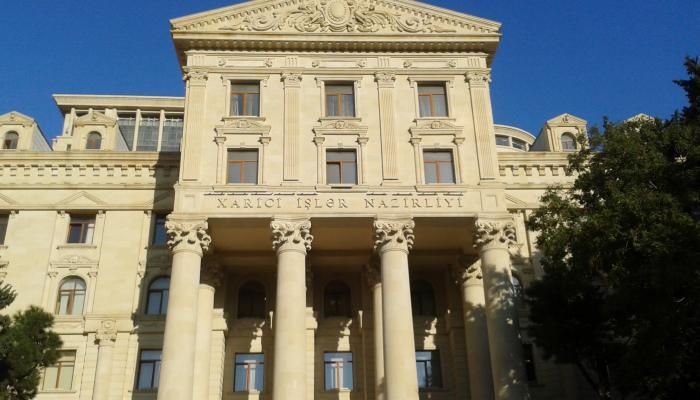 Azerbaijan once again sent a note of protest to France, News.az reports citing the Press Service Department of the Ministry of Foreign Affairs.

The Ministry noted that on September 3, 2022, Ambassador Extraordinary and Plenipotentiary of the French Republic to the Republic of Azerbaijan Zacharie Gross was invited to the Ministry of Foreign Affairs (MFA) and during the meeting, the protest note of the MFA regarding the next act of vandalism committed by the radical Armenian groups against the Azerbaijani embassy in France on October 1, 2022 was presented to the French ambassador.

At the meeting, it was noted that the number of attacks committed by radical Armenian groups living in France against the diplomatic missions of the Republic of Azerbaijan located in the territory of the French Republic has recently increased.

It was brought to the attention of the French side that the next such attack took place at night on October 1, 2022, when a group of radical Armenians threw red paint on the administrative building of the Embassy and wrote insulting words against Azerbaijan on the building.