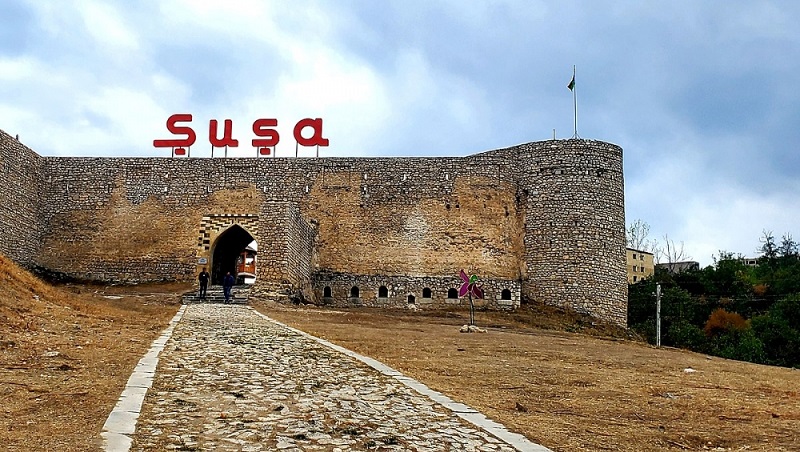 President Ilham Aliyev on Tuesday signed an order on the development of an action plan regarding the declaration of Azerbaijan’s Shusha city as the ‘Cultural Capital of the Turkic World’ for 2023, News.Az reports.

The order states that Azerbaijan’s Shusha city was declared the ‘Cultural Capital of the Turkic World’ for 2023 at a special meeting of the Permanent Council of the International Organization of Turkic Culture – TURKSOY, held in the Turkish city of Bursa on March 31, 2022.

This decision, as a manifestation of special respect for Shusha, which is a bright pearl with a 270-year history of architecture and urban art and which represents a high cultural and spiritual value for the Azerbaijani people, will become a new symbol of unity and solidarity of the entire Turkic world and will contribute to the further expansion of prospects for cooperation between the Turkic nations.

Under the order, the Cabinet of Ministers of Azerbaijan is instructed to prepare and implement an action plan in accordance with the declaration of Shusha as the ‘Cultural Capital of Turkic World’ for 2023, as well as to solve matters, arising from this decree.