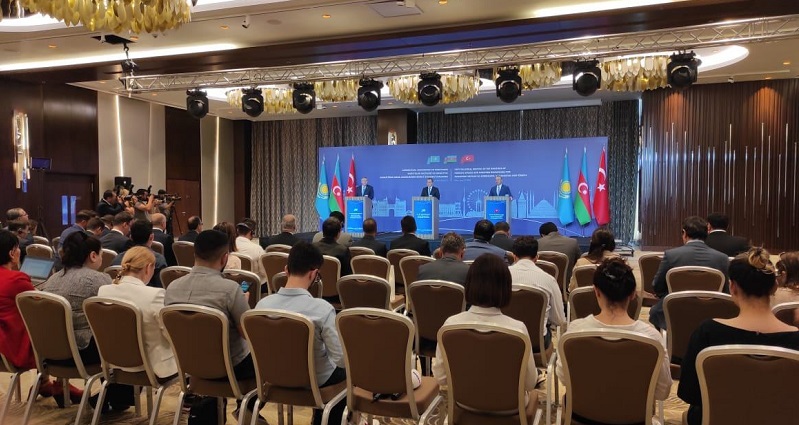 He made the remarks while speaking at a press conference following the first trilateral meeting of Ministers of Foreign Affairs and Ministers in charge of transport of Azerbaijan, Turkiye and Kazakhstan in Baku, a correspondent of News.Az reports.

FM Bayramov also emphasized the great importance of the Baku Declaration signed at the trilateral meeting. He noted that the document will allow the implementation of new large-scale projects by the three countries.

The minister said the parties agreed to hold the next trilateral meeting in Kazakhstan in the coming months.