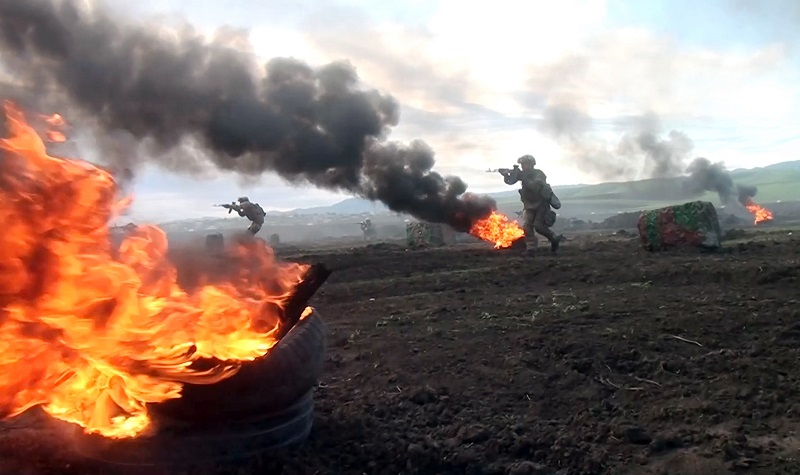 The next stage of the exercises of the Special Forces military units, conducted in the territories near the southern borders of the Republic of Azerbaijan according to the combat training plan for 2022 approved by Minister of Defense, Colonel General Zakir Hasanov, was fulfilled, the Defense Ministry told News.Az.

At the next stage of the exercises, held in conditions close to real combat, the Special Forces accomplished various reconnaissance tasks using protective features of the terrain and camouflage means.

According to the scenario, an imaginary enemy’s command and control posts and communications centers were disabled, as well as the manpower hiding at infrastructure facilities in human settlements was neutralized.

During the exercises, the mobile groups overcame the obstacles they faced on the battlefield. A sudden fire assault on imaginary targets was also conducted.

The assigned tasks were successfully fulfilled during the exercises of the Special Forces military units.