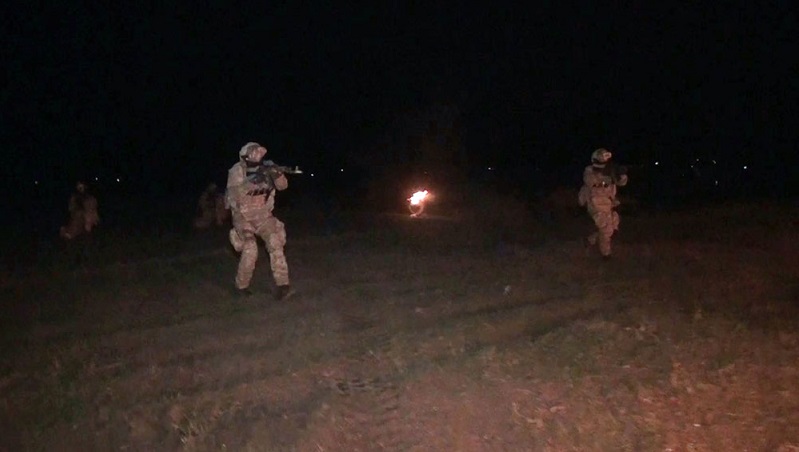 In the course of the exercises conducted with the involvement of the Special Forces military units of the Azerbaijani Army in the southern region according to the combat training plan for the current year, various special tasks were fulfilled at nighttime and in conditions of limited visibility, the country’s Defense Ministry told News.Az.

In accordance with the scenario of the exercises, based on intelligence data the Special Forces advanced into the depths of an imaginary enemy and accomplished training-combat tasks on ambushes, assaults, and sabotage.

Tasks on destroying enemy equipment and manpower in shelters detected by the Special Forces and in other directions of the imaginary front in conditions of direct contact were fulfilled.

Activities on overcoming possible obstacle systems in the enemy's rear by small units, as well as conducting combat in human settlements and their capturing were carried out.

It should be noted that the main objectives of the exercises, held in the daylight hours and at nighttime with consideration of the combat experience gained during the Patriotic War, are to further increase the level of professionalism and improve the practical skills of the Special Forces.