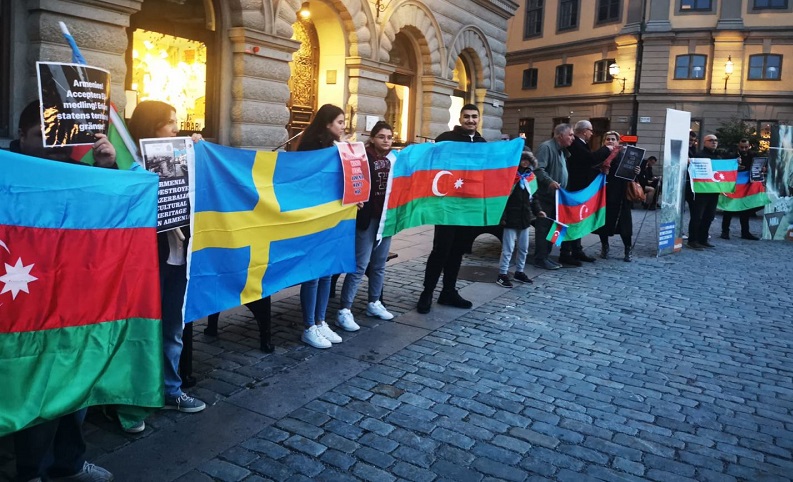 The Azerbaijani community in Sweden held a picket in front of the Riksdag (Swedish Parliament) on Stockholm's Mynttorget square, the State Committee of Azerbaijan for Diaspora Affairs told News.Az.

The rally participants protested against the recent large-scale provocations committed by the Armenian armed forces on the border with Azerbaijan and took a stand against Armenia's aggressive policy.