Azerbaijani delegation took part in an international conference in Bulgaria 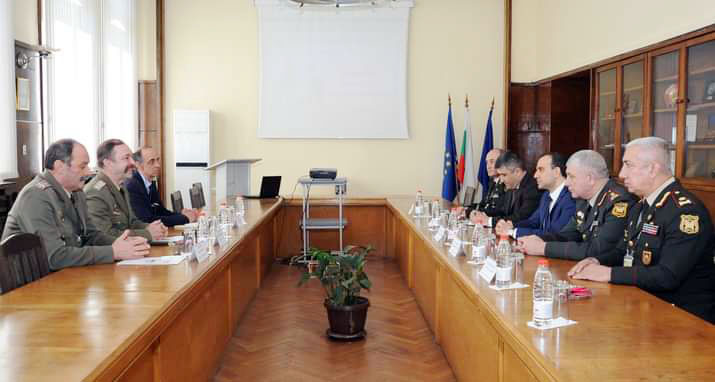 An international scientific - practical conference dedicated to the 110th anniversary of Rakovski National Defence College was held, the Ministry of Defence told News.az.

The delegation led by the Chief of the War College of the Armed Forces Lieutenant General Heydar Piriyev represented Azerbaijan at the conference.

During the plenary session of the conference, Lieutenant General H. Piriyev gave a talk on the topic “The Second Karabakh War as the War of the New Generation” and answered the questions of the participants.

Besides speakers from Azerbaijan, more than 100 speakers from Poland, Sweden, North Macedonia and Georgia spoke at the international conference in Bulgaria.

As part of a visit, the Azerbaijani delegation met with the chiefs of the Rakovski National Defence College, Vasil Levski National Military University as well as with the mayor of the city of Veliko Tarnovo.