Azerbaijani FM: Armenia does not fulfill its commitments taken at the level of leaders 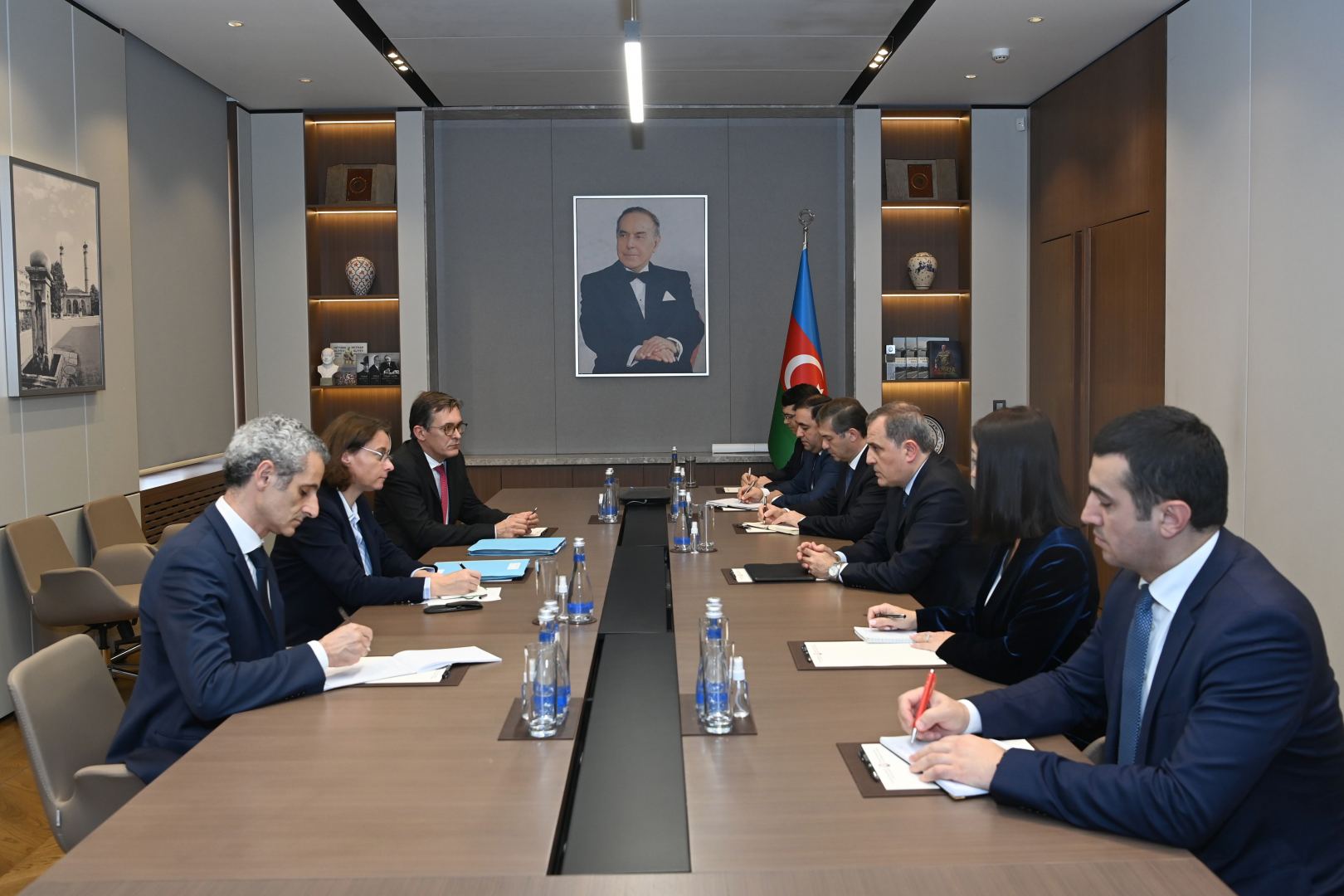 Minister of Foreign Affairs of the Republic of Azerbaijan Jeyhun Bayramov met with Continental Europe and Türkiye Advisor in the Office of the French President Isabelle Dumont on September 29, the Azerbaijani Foreign Ministry told News.az.

During the meeting, the sides discussed Azerbaijan-France political and economic cooperation, the regional tension, as well as the necessary steps to normalize relations between Azerbaijan and Armenia.

Bayramov detailed on Armenia's provocations in the border districts, the country's failure to fulfill its obligations under the trilateral statements [signed by Azerbaijani, Armenian, and Russian leaders] that impedes the normalization process. The minister outlined Azerbaijan's position on ensuring regional stability, opening communications with Armenia, the delimitation process, and a peace agreement.

Isabelle Dumont emphasized the need to stabilize the situation in the region, respect the ceasefire, and resume peace negotiations. She expressed France's readiness to support the peace process.

Furthermore, the officials exchanged views on other regional issues.