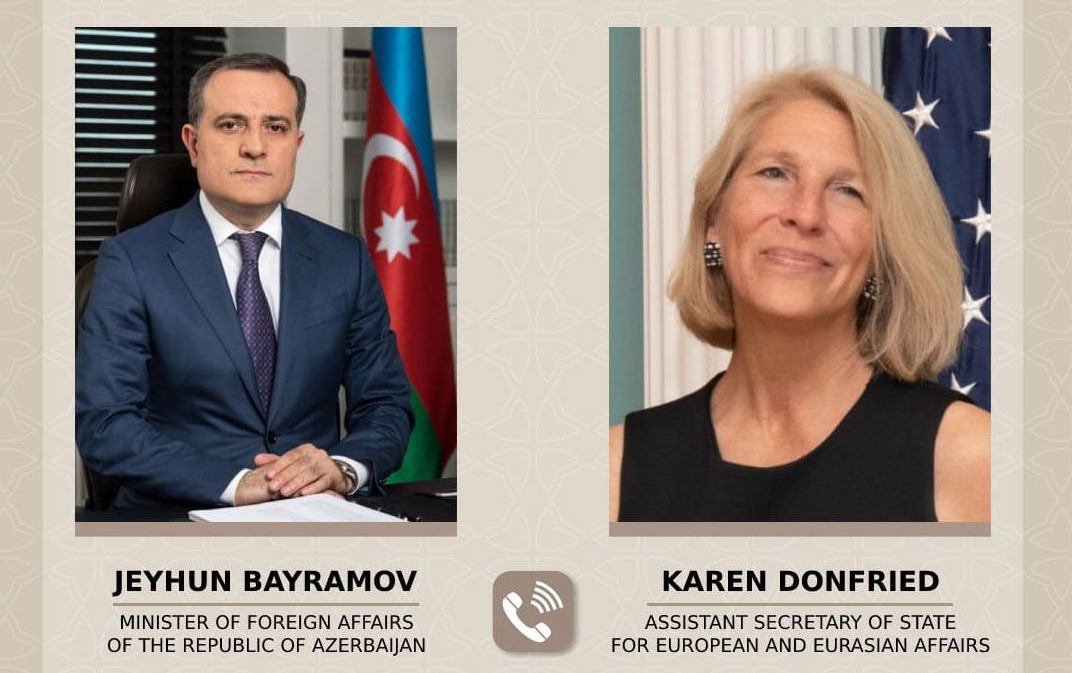 The sides exchanged views on the current state and prospects of the Azerbaijan-Armenia peace process, as well as on various cooperative issues between Azerbaijan and the US.

Minister Bayramov talked about the negotiations on a peace agreement, opening communication routes, and delimitation process. Along with this, the officials emphasized the recent illegal actions on the Lachin corridor.

Donfried stressed that the US supports Azerbaijan's peace efforts to ensure regional stability. She noted the importance of advancing the peace process in accordance with the agreements signed between the leaders of the countries and ministers.