Azerbaijani FM meets with OSCE Representative on Freedom of Media 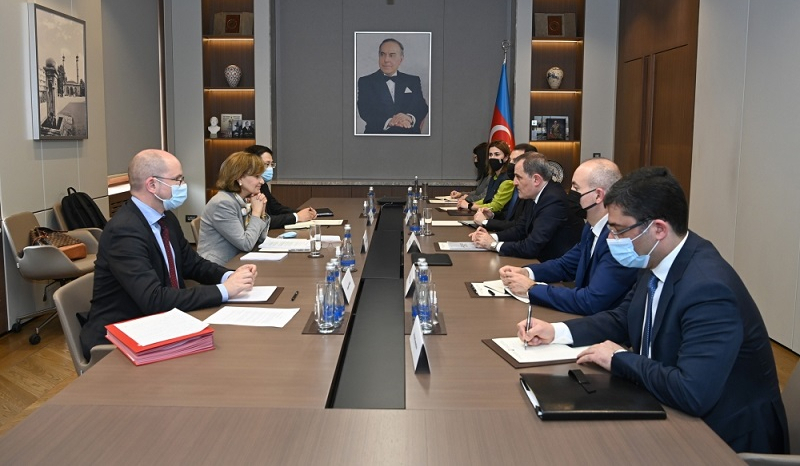 Azerbaijan’s Foreign Minister Jeyhun Bayramov has met with the OSCE Representative on Freedom of the Media Teresa Ribeiro, as part of her visit to Azerbaijan, the Foreign Ministry told News.Az.

The sides exchanged views on the work done in Azerbaijan in the field of media freedom.

Minister Bayramov noted that Azerbaijan attaches importance to cooperation with the OSCE in all areas, including media freedom. The Minister provided an insight into the situation in the region after the conflict, the steps taken to normalize relations between the two countries, as well as the work carried out by the Azerbaijani government in the liberated areas, the landmine danger the victims of which are also journalists, landmine clearance, and the role of media in building trust in the region.

Teresa Ribeiro underlined the organization of a rich program during her visit to Azerbaijan. She thanked Minister Jeyhun Bayramov for providing detailed information. Describing the media freedom as a key element of peace and security, Teresa Ribeiro stressed the role of media representatives in confidence-building measures and said that the OSCE could provide relevant support in this regard.

The necessity of continuing the dialogue between the sides was emphasized at the meeting.