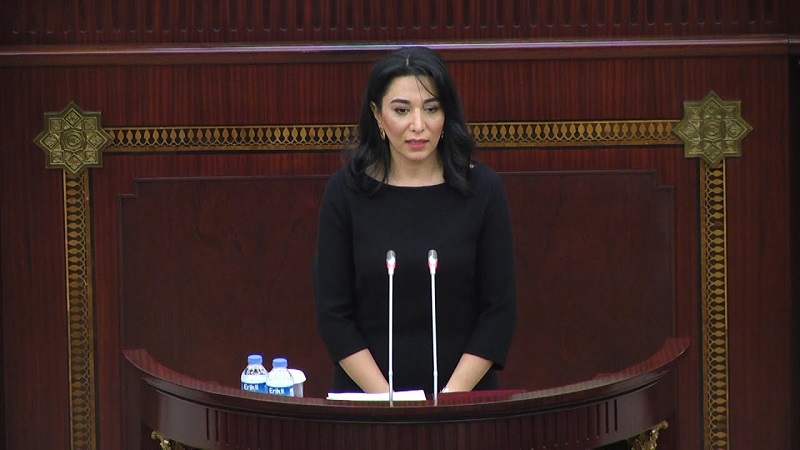 On June 4, the employees of the Azerbaijan State News Agency and Azerbaijan Television, who were filming in the liberated territories, hit a mine in the village of Susuzlug of Kalbajar district. Three persons, including two journalists and a staff member of the state body, were killed and others were seriously injured while on duty as a vehicle carrying the crew hit an anti-tank mine on the road.

Ombudsperson Aliyeva stressed that over 120 people have been killed and wounded as a result of injuries since the tripartite statement was signed on November 10, 2020, due to the various types of mines and other explosive devices planted by Armenia during the period of occupation of the territory of Azerbaijan.

“The refusal of Armenia’s political and military leadership to disclose maps of mines planted in the territories they once occupied, even the burying unmarked mines, especially in civilian areas by the army of Armenia while leaving those areas, an attempt to plant new mines through subversive sabotage groups until recent days demonstrate their willingness to cause more casualties and create new hotbeds of conflict in the region,” she said.

The ombudsperson expressed her deepest concern about this situation, which poses a serious threat to human life and health in the region.

“As the Ombudsman of Azerbaijan, I have repeatedly expressed our concerns to international human rights organizations urging them to call on Armenia to prevent further human casualties. Unfortunately, I would like to note that the lack of any international pressure on Armenia to provide minefield maps causes the killing of another innocent person every other day. We consider that the relevant international human rights organizations should not ignore these human rights violations and take appropriate steps within their competencies.”

“As the Ombudsman Institution, we will continue to work to expose these and other serious crimes of the political and military leadership of Armenia resulting in gross violation of human rights and bring them to justice,” she added.