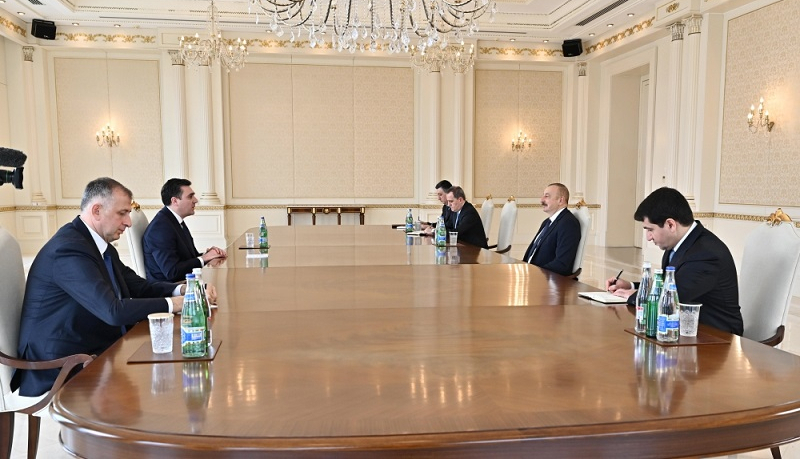 President of the Republic of Azerbaijan Ilham Aliyev has received Minister of Foreign Affairs of Georgia Ilia Darchiashvili, News.Az reports.

The head of state first congratulated Ilia Darchiashvili on his appointment as Foreign Minister of Georgia and wished him success in his activities. President Ilham Aliyev said that Azerbaijan-Georgia bilateral ties were based on the two countries’ and their peoples’ mutual support and solidarity, adding that the relations were built on solid foundations.

The President noted that the friendly relations between Azerbaijan and Georgia over the past 30 years have been an important factor in regional stability and cooperation.

Pointing to the economic cooperation, the President of Azerbaijan underlined the new opportunities, particularly in the field of transport. President Ilham Aliyev said that the two countries have common views on the development of the South Caucasus, pointing out the good opportunities for trilateral cooperation between Azerbaijan, Georgia and Armenia, especially in the post-conflict period, and affirmed Azerbaijani side’s readiness for this. The head of state said that Georgia also shared this position and expressed hope that Armenia would understand that this was the only way to establish stability and security in the region.

The head of state thanked for Irakli Garibashvili’s greetings and the invitation for visit, and asked the minister to convey his greetings to Georgian Prime Minister.

Noting that this year marks the 30th anniversary of the establishment of diplomatic relations between the two countries, the Georgian Foreign Minister stressed the need to continue expanding cooperation.