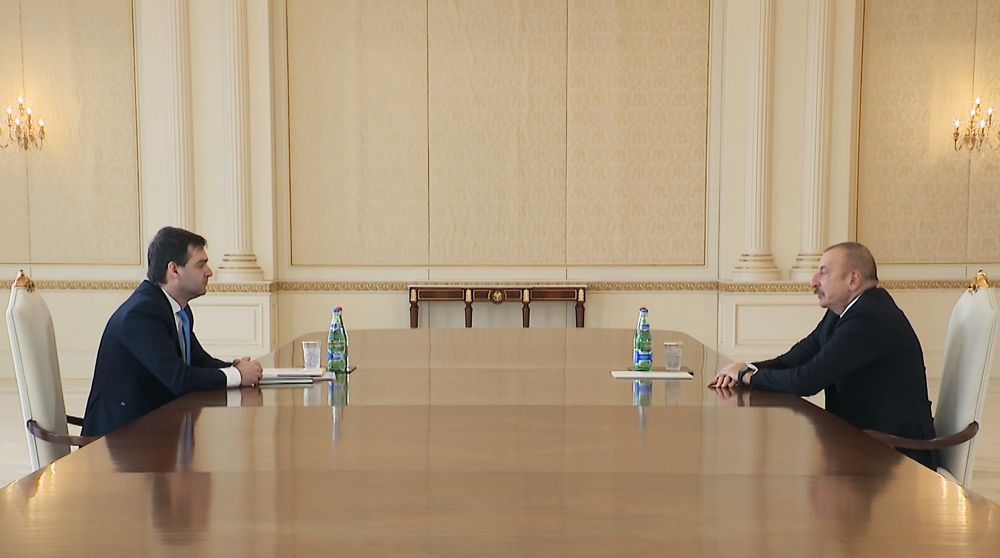 President Ilham Aliyev recalled with pleasure his meeting with President of Moldova Maia Sandu last December in Brussels, and pointed out the great potential for the comprehensive development of cooperation between the two countries.

Deputy Prime Minister, Minister of Foreign Affairs and European Integration of the Republic of Moldova Nicu Popescu extended the Moldovan President’s greetings to the head of state.

President Ilham Aliyev thanked for the greetings of Maia Sandu and asked the minister to extend his greetings to the Moldovan President.

Speaking on the principle of solidarity for nearly 30 years of diplomatic relations between the two countries, Minister Nicu Popescu noted that Azerbaijan and Moldova have always supported each other's territorial integrity and sovereignty. Nicu Popescu underlined the ample opportunities for cooperation in economic, trade, investment, agriculture, energy and other fields, and hailed the importance of implementing specific projects in these areas.