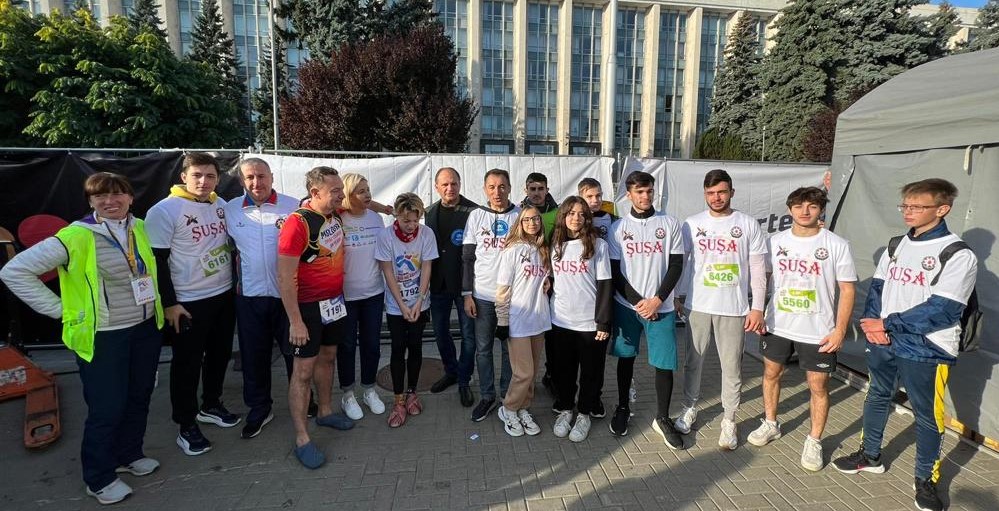 Ambassador of Azerbaijan to Moldova Gudsi Osmanov and Embassy employees, local and Azerbaijani youth and students, and pupils of Nechuy Levichkovo Lyceum in Chisinau participated in the sports event wearing shirts with "Shusha", "Kharibulbul" and "Azerbaijan" logos.

The sports shirts with the attributes of Azerbaijan caused great interest from other marathon participants.

Ambassador G. Osmanov informed marathon participants about Azerbaijan, the cultural capital Shusha, and the restoration and construction work carried out in liberated territories after victory in the Patriotic War.

Azerbaijani youth were among the first 10 participants to cross the finish line in the Chisinau marathon.

Note that the traditional sports event organized annually in the capital of Moldova is attended by more than 10,000 marathon runners from about 60 countries. Among the participants of the event were state officials, public and political figures, employees of international organizations and diplomatic missions accredited in Moldova, foreign guests, and numerous sportsmen.