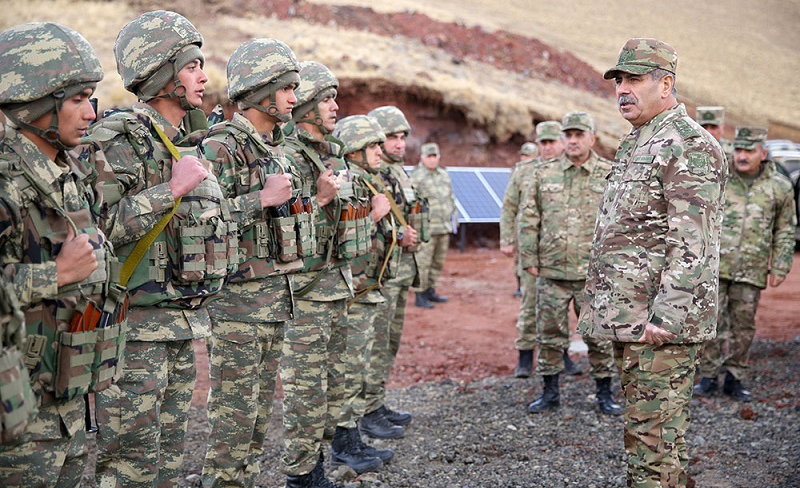 As part of the reforms carried out under the leadership of President, Supreme Commander-in-Chief of the Armed Forces Ilham Aliyev, the work aimed at improving social conditions of the Azerbaijani servicemen serving in high mountainous areas is underway.

Defense Minister, Colonel General Zakir Hasanov visited a number of combat positions in the Kalbajar and Lachin districts and inquired about the social and living conditions of the servicemen, the Defense Ministry told News.Az.

Minister Hasanov was informed that all the necessary needs of personnel in modular container points built at heights of up to 3400 meters on the state border, as well as in combat positions in other areas of the Kalbajar and Lachin districts were met. There are a weapons room, a dining room, a kitchen, food and facility storage, a bathroom, and a dormitory equipped with heating stoves. Generators and solar panels have been installed to provide the area with uninterrupted electricity.

It was noted that all necessary conditions have been created for the quality organization and conduct of combat duty day and night. The positions are equipped with technical surveillance equipment.

Monitoring the activities of the opposing side from the command-observation post, Minister Hasanov gave additional instructions on the organization and conduct of combat duty.

The minister highly appreciated the conditions created for the servicemen and their moral and psychological state. He also gave the command relevant instructions on improving the social and living conditions of the personnel and further increasing their combat capability. 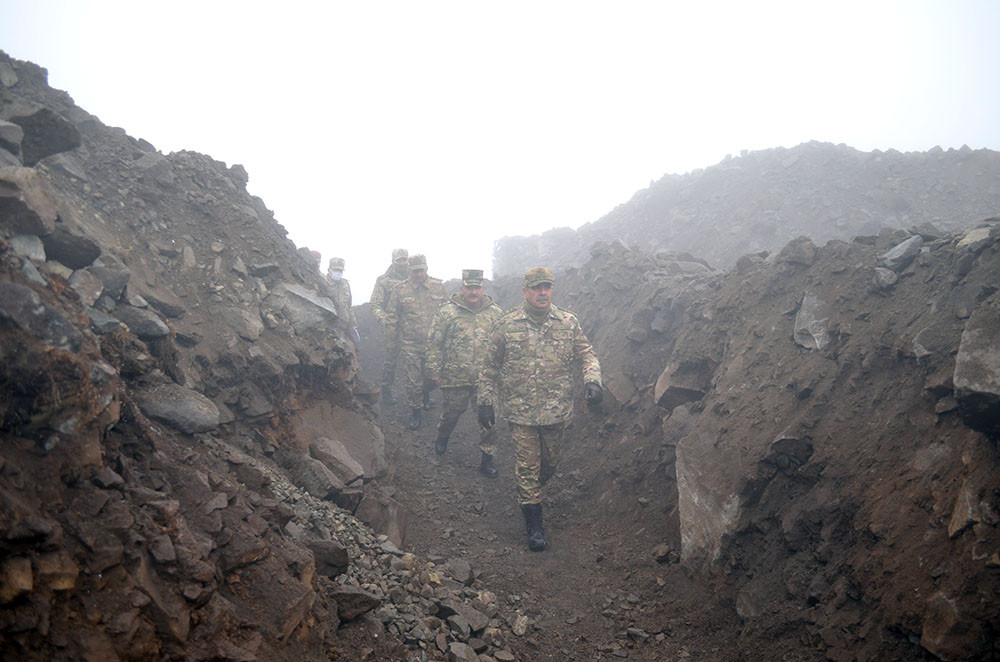 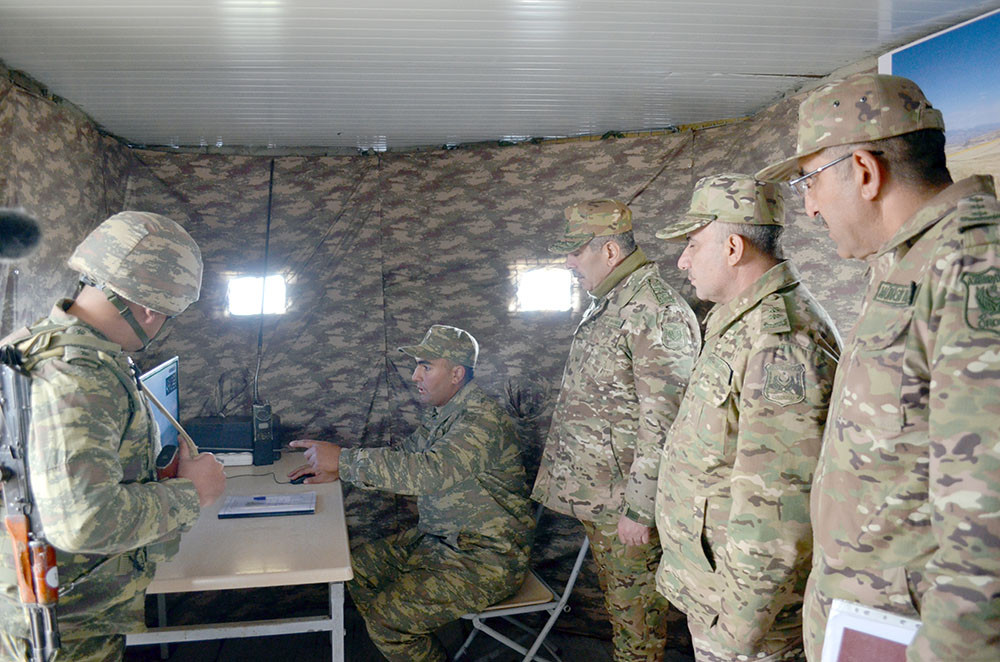 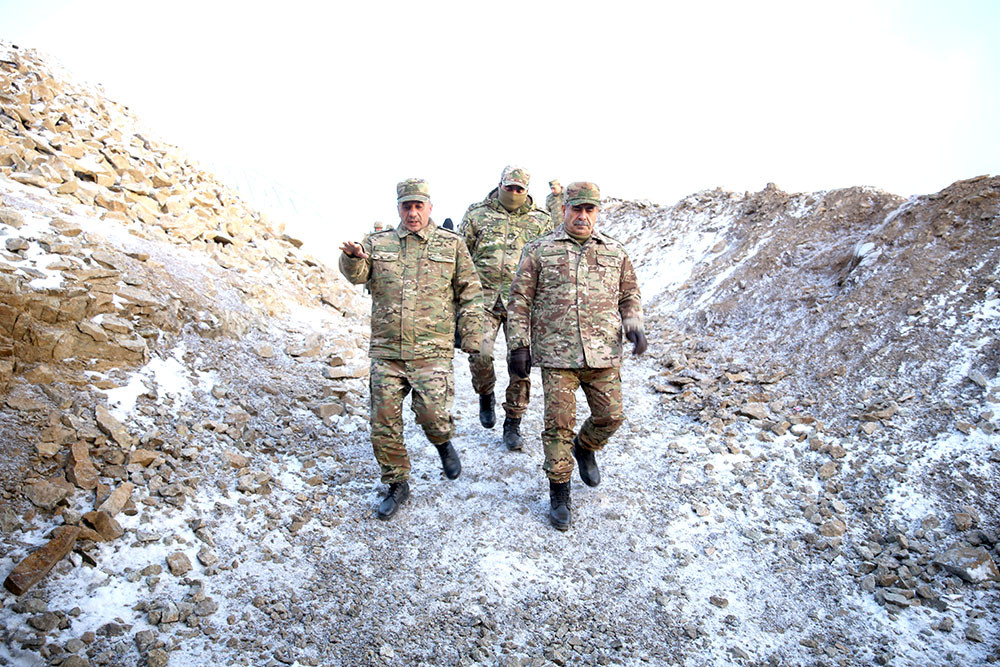 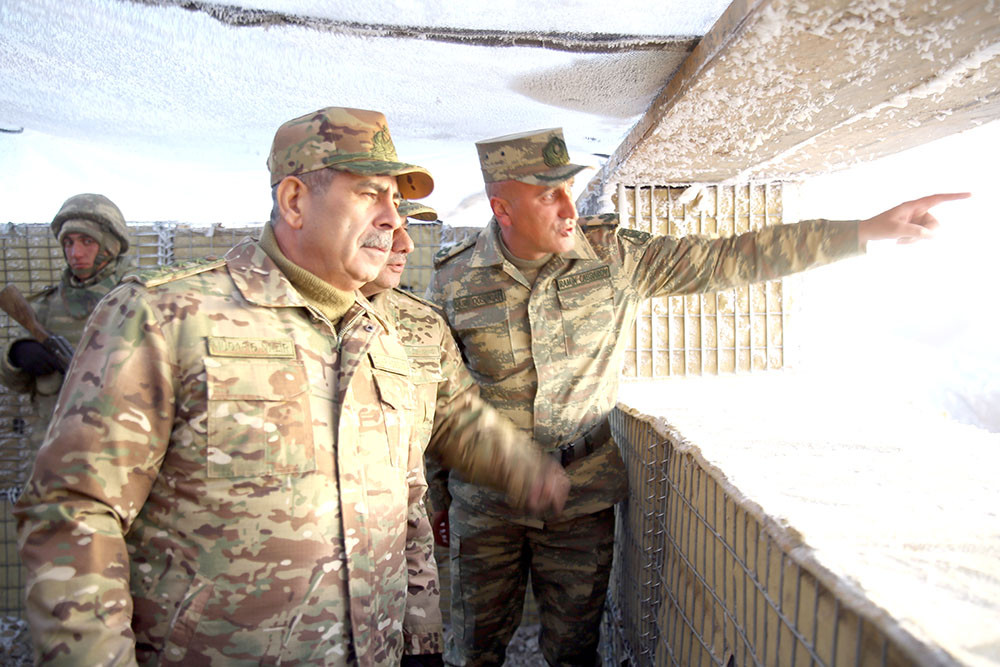