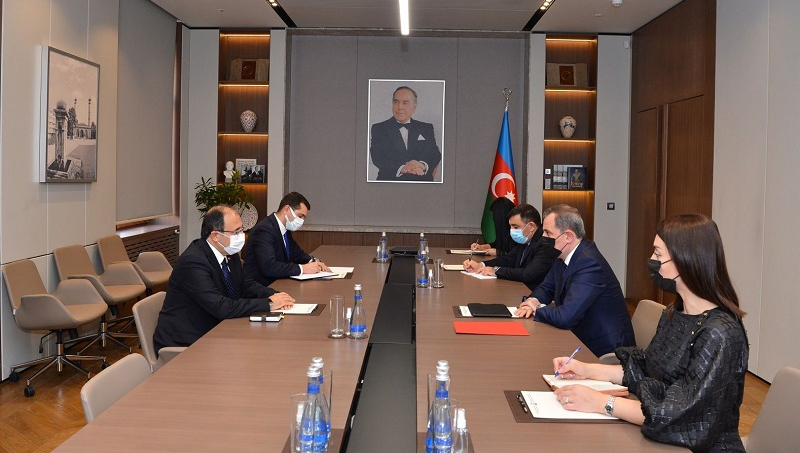 The ambassador presented a copy of his credentials to the Azerbaijani minister.

Minister Bayramov congratulated the Algerian ambassador on his appointment and wished him success in his diplomatic mission.

The minister noted that Azerbaijan attaches great importance to the development of relations with Algeria, emphasizing the importance of high-level contacts between the two countries in this regard.

The sides underlined the importance of expanding political, economic, humanitarian, as well as people-to-people contacts between the two countries.

Bayramov said Azerbaijan and Algeria continue to successfully cooperate in the UN, the Organization of Islamic Cooperation, the Non-Aligned Movement, and other international platforms.

The ambassador informed that Algeria, proceeding from international law, has always supported Azerbaijan's position on the past Armenian-Azerbaijani conflict.

Bayramov also briefed the ambassador on the current situation in the region, the post-conflict restoration and reconstruction processes, issues related to the implementation of trilateral statements, opportunities for the normalization of relations with Armenia, and steps taken by Azerbaijan in this direction.

The ambassador expressed satisfaction with his appointment to Azerbaijan.

The diplomat also stressed the importance of strengthening political and economic ties between Azerbaijan and Algeria, pledging every effort in this regard.

The sides exchanged views on prospects of the development of bilateral relations.