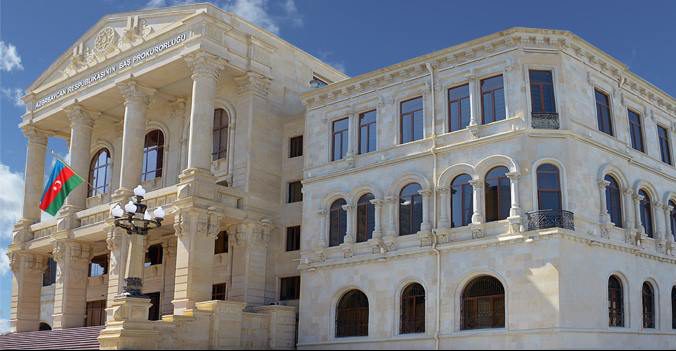 On July 26, information that the commander of the N military unit of the Ministry of Defense, Vugar Isbendiyarov, goy blown up by a mine in Kalbajar district was received.

"The employees of the military prosecutor's office conducted an inspection of the scene, appointed a forensic medical examination, and performed other procedural actions. During the preliminary investigation, it was established that Vugar Isbendiyarov, while on duty in the territory of the village of Jamilli, Kalbajar region, received serious bodily injuries as a result of an explosion on an anti-personnel mine. On this fact, a criminal case was initiated in the Military Prosecutor's Office of the Kalbajar region under Article 29, 120.2.12 (premeditated murder, attempted murder based on national, racial, religious hatred) of the Criminal Code of the Republic of Azerbaijan. Investigation continues," the prosecutor's office said.