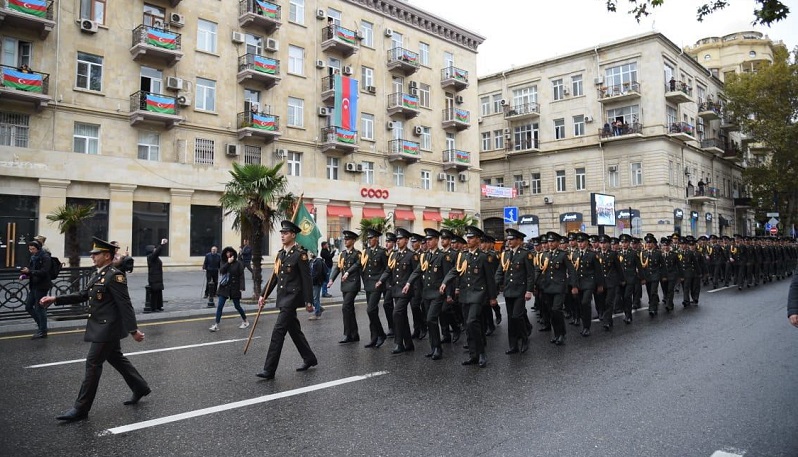 A march accompanied by a military orchestra kicked off in Baku on the occasion of November 8 – Azerbaijan’s Victory Day, News.Az reports.

The march started from the Alley of Martyrs through the Flame Towers complex, Icharishahar metro station, Istiglaliyyat str., Azneft circle, and to Bahram Gur Monument.

Before the march, a moment's silence was observed for the martyrs.