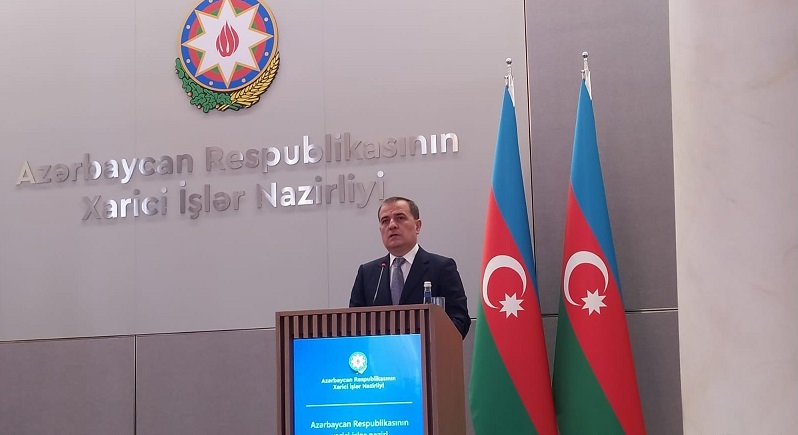 Artificial delay by Yerevan in the normalization of relations with Baku leads to negative effects and entails risks, Azerbaijan’s Foreign Minister Jeyhun Bayramov said on Friday.

Speaking at a joint press conference with his Russian counterpart Sergey Lavrov in Baku, Minister Bayramov noted that the conflict is already a ‘thing of the past'.

The top diplomat stressed the importance of implementing the trilateral statements for the normalization of relations.

He noted that now Azerbaijan’s priority is to restore its liberated territories.

“In the near future we will see the return of former IDPs to the liberated territories,” Bayramov added.