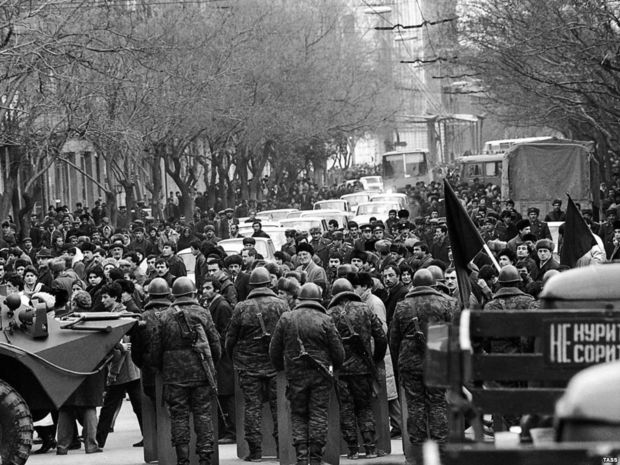 Blood-stained clothes of the martyrs of the 20 January tragedy have been kept so far, said Fuad Nurullayev, deputy chairman of the Caucasian Muslims Office (CMO).

He made the remarks at a conference titled “20 January – Peak of Martyrdom”, organized by the State Committee for Work with Religious Organizations on the occasion of the 27th anniversary of the 20 January tragedy.

According to him, in fact, the martyrs were to be buried with their clothes on.

“However, at that time our people understood it differently. At the time, the Azerbaijani state had no head or leader, some of elders gathered around CMO chairman Sheikh ul-Islam Allahshukur Pashazade,” Nurullayev said. “Pashazade and the elders took it into account. However, those bloody clothes of the martyrs have been kept so far. Because this is a history.”

“I should mention one more point. At that time, it was required to bury the martyrs in their hometowns. The regime leaders wanted them to be buried in different areas in order to conceal the tragedy. However, the martyrs were buried in Chemberekend cemetery. Our people, who were killed in early century by Armenians, were buried in that cemetery," he added.