Chairman of Parliamentary Committee: We knew we would face risks in Yerevan 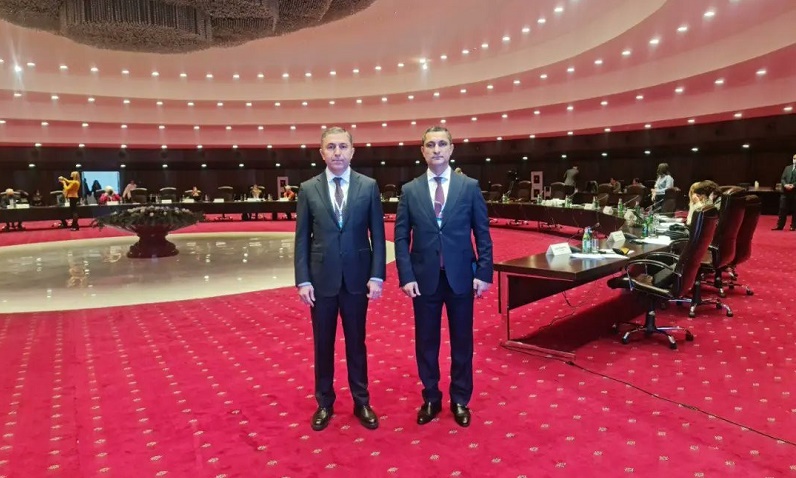 "From the moment we landed at Yerevan airport until we returned from our trip, the Dashnaktsutyun Party held protests," the chairman of the Milli Majlis Committee for Economic Policy, Industries and Enterprising Tahir Mirkishili, who participated in the meetings of the Euronest Parliamentary Assembly (PA) committees in Yerevan, said at a press conference, a News.Az correspondent reports from the event.

Tahir Mirkishili noted that such actions were carried out every day in front of the buildings where the sessions of the Euronest PA committees were held, in front of the hotel where they were staying: "As far as we know, several people were arrested in connection with these actions and a criminal case was initiated. In general, we were constantly threatened. We were also threatened on social networks. But when we went to Yerevan, we knew that we would face these risks."

"We visited Armenia relying on our victorious Supreme Commander-in-Chief and our state, always feeling that support. During all our speeches we felt the support of the Azerbaijani state," the lawmaker said.