China protests spread, reports of clashes with police in Shanghai 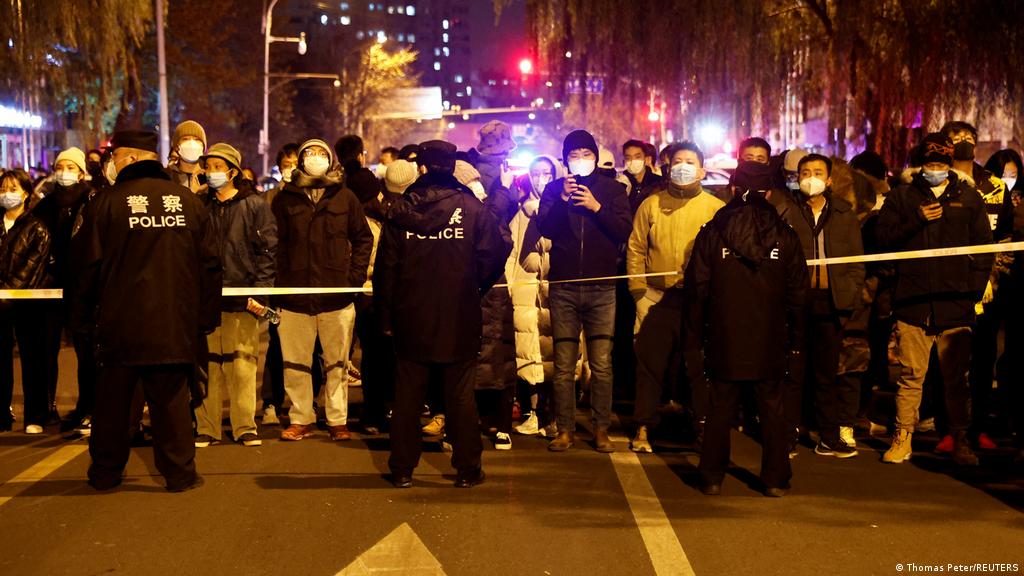 Hundreds of demonstrators and police have clashed in Shanghai as protests over China’s severe COVID-19 restrictions continued into a third day and spread to several other cities, News.Az reports citing Reuters.

The latest demonstrations — unprecedented in mainland China since President Xi Jinping took power a decade ago — began after 10 people were killed in a fire in Urumqi, the capital of the far-western region of Xinjiang, that many of the protesters blame on protracted COVID-19 lockdowns.

The deaths have become a lightning rod for frustrations over Beijing’s dogged commitment to zero-COVID and its combination of strict lockdowns, mass testing and tracking that continues to impede people’s lives three years after the first cases of the then-unknown virus were detected in the central city of Wuhan.

“I’m here because I love my country, but I don’t love my government … I want to be able to go out freely, but I can’t. Our COVID-19 policy is a game and is not based on science or reality,” protester Shaun Xiao told the Reuters news agency in Shanghai, China’s largest city.

Hundreds of people gathered on Sunday evening in the city, holding up blank sheets of paper as an expression of the censorship of protest, as police kept a heavy presence on Wulumuqi Road, named after Urumqi, and where a candlelight vigil on Saturday evolved into a protest.