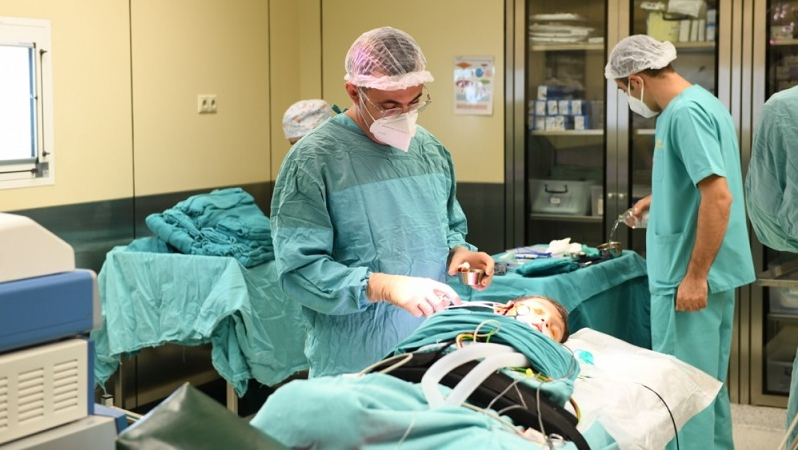 Cochlear implant surgeries started on a group of people with hearing deficiency with the support of the Heydar Aliyev Foundation, the Foundation told AZERTAC.

The project will cover some 90 persons in general. With inborn and acquired hearing deficiency, majority of these persons are children of different age groups.

A special medical device with electrodes – a Cochlear implant – is placed in the inner ear, and the external part of the ear is connected to a microprocessor and a transmitter, which ensures that voices are transformed into electrical impulses. Stimulation of the auditory nerve fibrils in the inner ear’s cochlea by electrical impulses allows the brain structures to recognize voices. After the surgery, patients develop a hearing capacity, and people with complete hearing and talking deficiency are enabled to return to a normal lifestyle.

Specialists mention that such surgeries have proved to be more effective for persons with inborn hearing deficiency if they are carried out in early ages.