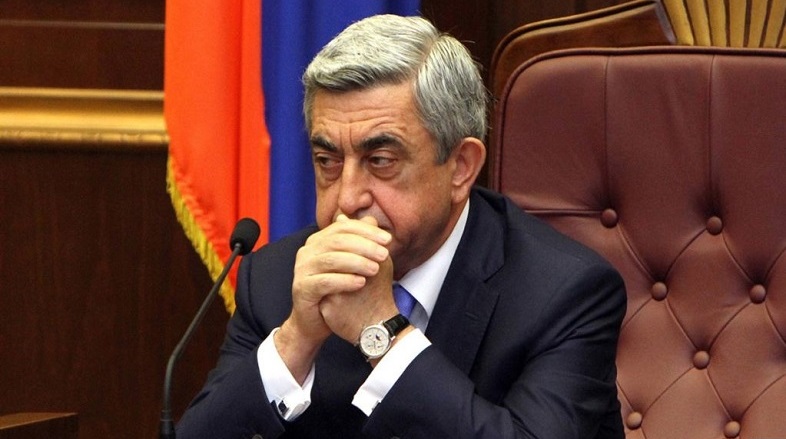 The trial in the case of former Armenian president Serzh Sargsyan, accused of embezzlement, was postponed to September 10, News.Az reports citing Armenian media.

On August 25, the court session was scheduled to interrogate witnesses. However, one of the most important witnesses in the case - Sevan Kocharyan, former director of "Sobranie" company, which imported fuel to Armenia, did not appear in court.

Both the prosecution and Sargsyan's lawyer consider the testimony of that witness important, so Judge Vahe Misakyan again postponed the session.

It is noted that the hearings have been repeatedly postponed due to the absence of the witness.

The criminal case against Serzh Sargsyan and businessman Barsegh Beglaryan was initiated in late 2019. According to the investigation, in 2013, the then head of state gave patronage to the "Flash" company. It won the state tender for the supply of diesel fuel, although it offered a higher price than its competitor (with a difference of about a million dollars). This caused damage to the state in the amount of about $ 1 million.

According to the indictment, Sargsyan embezzled funds on a particularly large scale at Beglaryan's suggestion and with the help of Minister and Deputy Minister of Agriculture, Sergo Karapetyan and Samvel Galstyan (both deceased), as well as the head of crop growing department Gevork Harutyunyan.