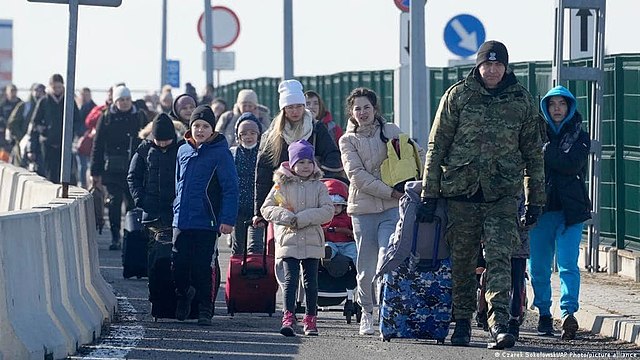 The number of Ukrainians who has fled the country to Estonia since the beginning of the war with Estonia has reached 47,002, according to data from the Estonian Police and Border Guard Agency, News.Az reports citing foreign media.

On Tuesday alone, 379 war refugees from Ukraine arrived in Estonia, including 64 children. For 232, the country is a transit point as they wish to continue their journey to a third country.

Another 147 people remained in Estonia.

Earlier, the Estonian government said that a plan had been developed to accommodate up to 50,000 Ukrainian refugees.