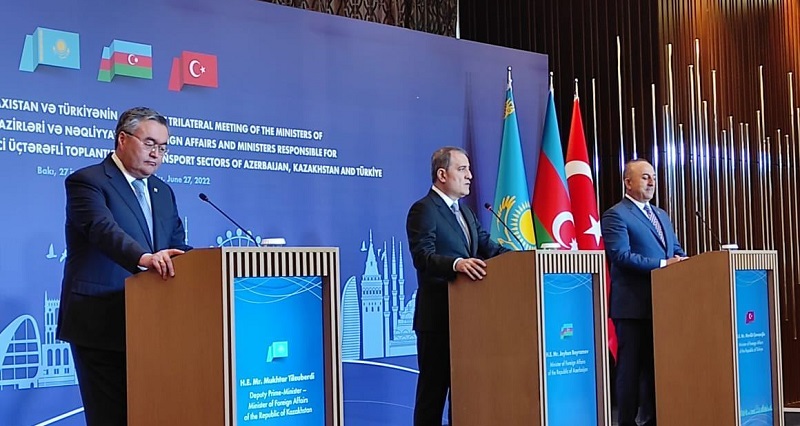 It is planned to expand the capabilities of the Baku-Tbilisi-Kars (BTK) railway, Azerbaijani Foreign Ministry said on Monday.

Bayramov made the remarks while speaking at a press conference following the first trilateral meeting with his Turkish and Kazakh counterparts, joined by ministers in charge of transport of the three countries, a correspondent of News.Az reports.

The minister stressed the importance of the interconnection of the regions of these three countries in all directions, the development of Trans-Caspian International Transport Route (TITR), freight transport and the elimination of problems in these areas.

“We discussed the new realities that have emerged since the liberation of Azerbaijani territories from Armenian occupation. The Zangazur corridor plays a special role in the establishment of the route in the direction of the EU countries, Turkiye and Asia,” he added.