For UNESCO, Christian monuments are ‘more important than Islamic ones: Double-standard attitude towards Azerbaijan 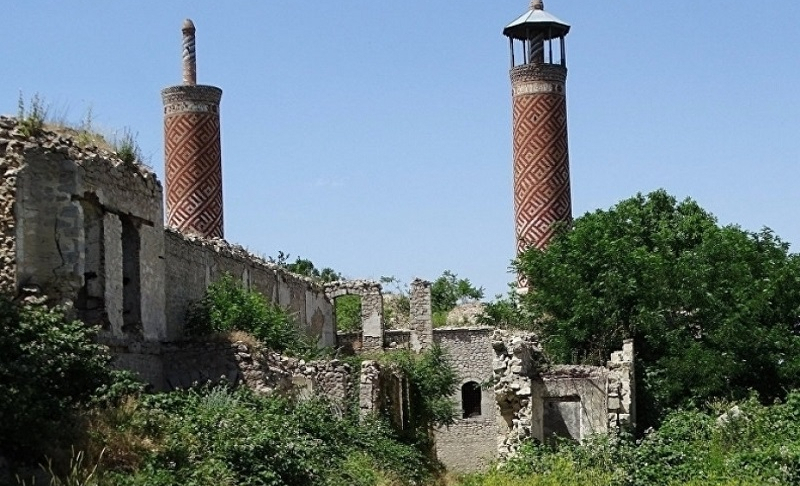 An agreement on sending a UNESCO mission to Azerbaijan and Armenia can be considered one of the most important outcomes of the February 4 virtual meeting of Azerbaijani President Ilham Aliyev, French President Emmanual Macron, President of the European Council Charles Michel and Armenian Prime Minister Nikol Pashinyan. The meeting took place on the French leader’s initiative.

The February 4 virtual meeting of the Azerbaijani, French, EU and Armenian leaders

Since UNESCO's position on the agreement reached during the meeting is of particular interest, APA news agency sent the following questions to the organization’s headquarters:

- Have you started preparations for the visit of the UNESCO mission to Azerbaijan and Armenia? If so, what about the dates of the visit?

- What objectives of the UNESCO mission are we talking about? Does the mission is expected to visit the liberated Azerbaijani lands and the territories of Azerbaijan, where Russian peacekeepers are temporarily stationed?

- Does the UNESCO mission have plans to monitor the religious and cultural monuments of Azerbaijan on the territory of Armenia?

The response that APA received from the UNESCO Secretariat was defiantly general: “We are working with all parties to create conditions for organizing an independent technical mission of UNESCO within the framework of the 1954 Convention. UNESCO welcomes all ideas and initiatives by regional organizations and countries that may be useful. In this regard, the ideas put forward at the February 4 meeting can be considered and evaluated by UNESCO in the framework of cooperation with Armenia and Azerbaijan.”

So, the UNESCO Secretariat has traditionally refused to give specific answers. Tue, not so long ago media outlets reported that this organization was supposedly going to send a mission to the region, but Baku prevented this.

Meanwhile, it should be noted that this issue is still irrelevant for UNESCO. As for the epistolary passage: “The ideas put forward during the February 4 meeting can be considered”, behind it lies the desire of UNESCO to either drag out time or make some plans unknown to us.

It seems that the UN agency is not interested in highlighting the destruction of Azerbaijan’s cultural heritage, but in investigating the slanderous allegations by the Armenian side.

Otherwise, during the period of the occupation of Azerbaijani territories by Armenia, the UNESCO leadership would not have ignored Baku’s repeated requests to send at least one mission to the region and would not have called them ‘politically motivated’.

At the same time, there is no doubt that even then, and even more so now, representatives of the UN agency were aware of the real extent of the destruction of Azerbaijani historical and cultural monuments in previously occupied territories of Azerbaijan.

The UNESCO staff is well aware that during the First Karabakh War, Armenia turned the Azykh Cave, one of the cradles of civilization, into an ammunition depot. 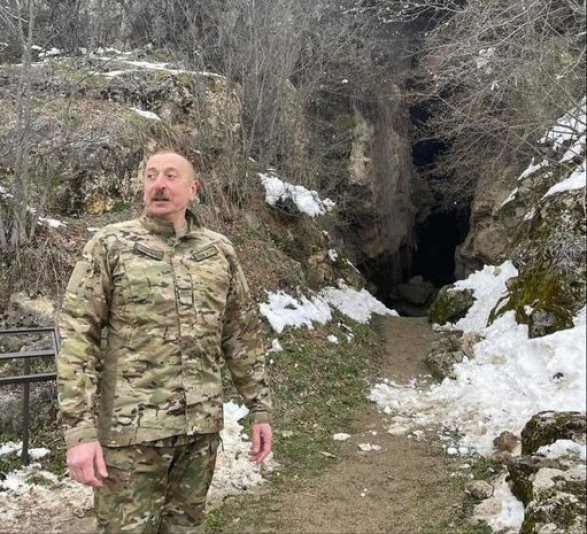 They knew but were silent

Furthermore, the UNESCO staff is well aware that the Armenian invaders destroyed the famous Khojaly mounds, systematically ruined Islamic monuments, especially mosques, tombs, cemeteries, falsified ancient monuments, erased Albanian inscriptions on the Elysee Church, where the tomb of the Albanian ruler Vachagan III was destroyed, and looted other monuments that are the historical heritage of the Azerbaijani people. 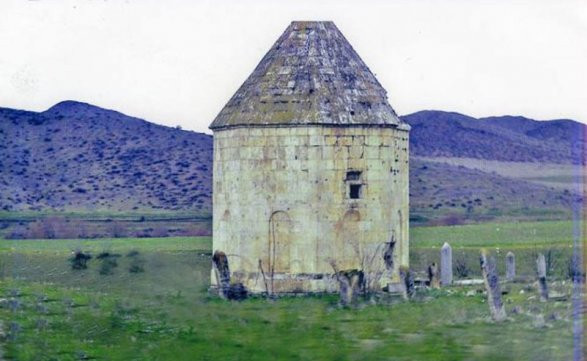 UNESCO did not notice the destruction of mounds in Khojaly

The UNESCO staff is well aware that the Armenian occupiers destroyed objects that make up the invaluable cultural heritage of Azerbaijan, that they burned down 12 museums, 6 art galleries, 9 palaces of historical significance, looted 40,000 museum treasures and exhibits of unique historical significance, 927 libraries with a book fund, demolished 192 shrines, 144 temples, 67 mosques and 808 clubs of various purposes. 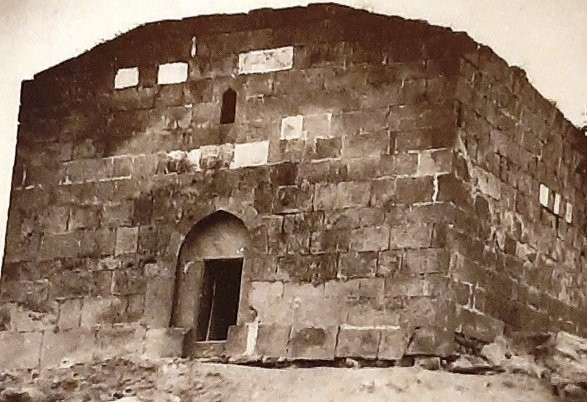 UNESCO did not notice the burned museums in Karabakh

The UNESCO staff is well aware that the only Bread Museum in Aghdam during the Soviet period was destroyed as a result of Armenia’s bombing of the city. Almost 13,000 items of the world-famous Kalbajar Local History Museum and over 5,000 rare exhibits of the Lachin Local History Museum were seized and taken to Armenia. They also looted up to 5,000 items of the Shusha Historical Museum, about 1,000 exhibits of the Shusha branch of the State Museum of Azerbaijani Carpet and Folk Applied Art, as well as the State Museum of the History of Karabakh, thousands of items of the Gubadli and Zangilan local history museums, more than three hundred items of the House-Museum of Uzeyir Hajibeyov, the founder of Azerbaijani classical music. 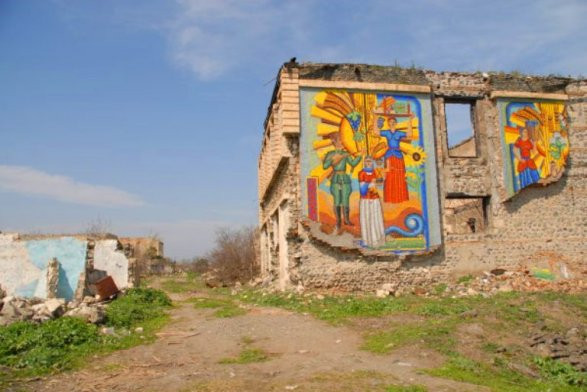 The destroyed Bread Museum in Aghdam

We do not ask rhetorical questions and do not ask why UNESCO, a UN agency that is obliged to take care of cultural, religious, historical monuments and the spiritual heritage of all states, peoples and confessions without exception, has never condemned the vandalism, the cruelty of Armenia and its occupying army, which for thirty years have consistently destroyed the spiritual and cultural heritage of the Azerbaijani people.

We do not ask, because we understand that for UNESCO and its administration, Christian monuments are more important than Islamic ones. Over the years, this UN agency, backed by certain circles of political interests and mediators, has earned a reputation as a completely bureaucratic body that prefers the techniques of political hypocrisy and double standards.

As is known, Azerbaijan constantly informed UNESCO and other international organizations about the destruction of its historical monuments. Back in 2007, the book “War against Azerbaijan – an attack on cultural heritage” was presented especially for this UN agency. The book contains detailed information about the cultural and religious monuments of Azerbaijan destroyed by Armenia, which was a gross violation of the 1954 Hague Convention for the Protection of Cultural Property in the Event of Armed Conflict, the 1992 European Convention on the Protection of the Archaeological Heritage, and the 1972 UNESCO Convention for the Protection of the World Cultural and Natural Heritage.

What, in fact, has changed today? Why did UNESCO, which for decades "has not noticed" the arbitrariness of the Armenian vandals in the previously occupied territories of Azerbaijan, decide to send its mission to the region?

The answer is obvious: the new realities that emerged after the brilliant victory of Azerbaijan in the 44-day war forced the influential Western political circles to radically reconsider and geopolitically correct their attitude towards Azerbaijan.

It was one of these “gestures of forced recognition” that was the meeting with the participation of Azerbaijani President Ilham Aliyev, French President Emmanuel Macron, President of the European Council Charles Michel and Prime Minister of Armenia Nikol Pashinyan, during which they agreed in principle to send a UNESCO mission to Baku and Yerevan.

In turn, Baku, which has never opposed the deployment of a UNESCO mission to the region and considers its position consistent and fair, expects only one thing from this UN body and its employees - professional work and objective conclusions.

…Because Azerbaijan is fed up with the policy of hypocrisy and double standards.

The article was published in the Russian-language Haqqin.az portal.