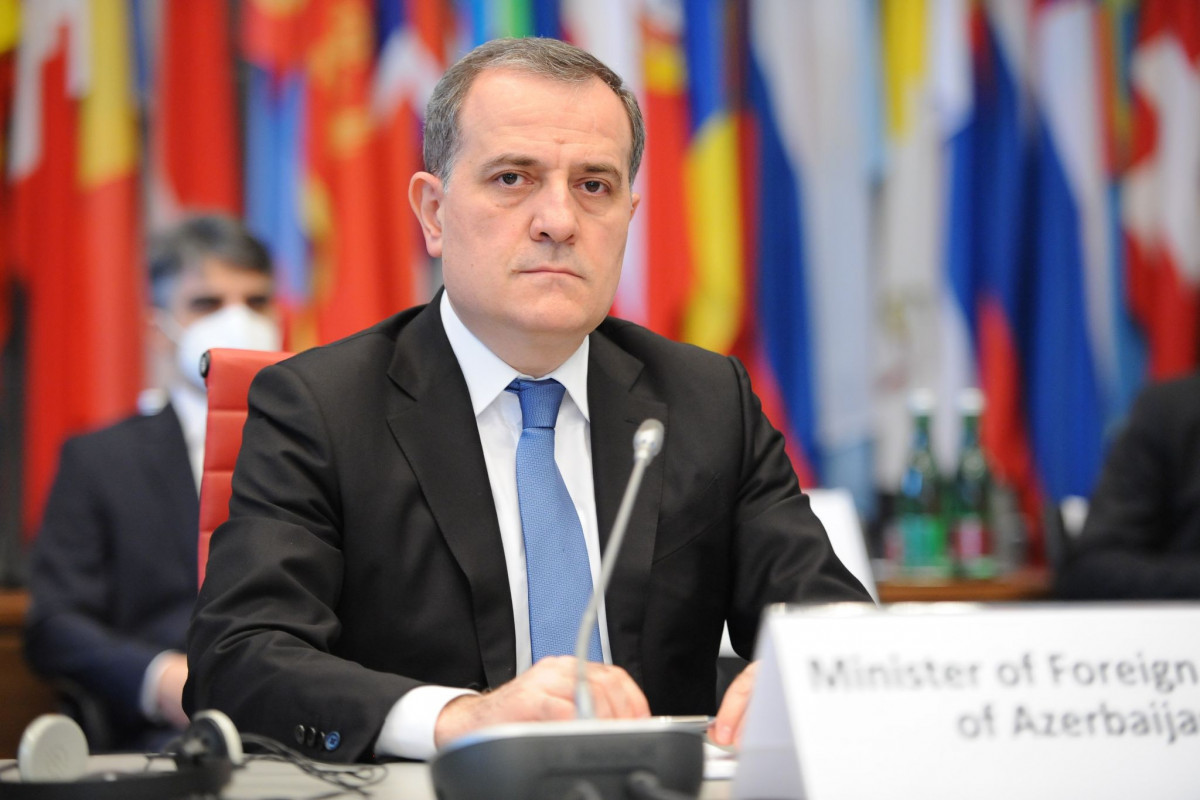 The ministers exchanged views on the development of friendly relations and cooperation between the two countries in various areas. The sides expressed mutual congratulations on the 30th anniversary of the establishment of diplomatic relations between Azerbaijan and China.

Mutual congratulations were expressed on the 30th anniversary of the establishment of diplomatic relations between Azerbaijan and China.

Minister Jeyhun Bayramov congratulated his Chinese counterpart on hosting the Winter Olympics at a high level. The Minister stressed the successful development of the bilateral agenda in political, economic, and humanitarian spheres, noting that there is potential for further development of relations. In particular, the participation of Chinese companies in the process of restoring the liberated territories was noted with satisfaction.

Minister Wang Yi spoke with satisfaction about the dynamic development of relations between the two countries, noting the importance of expanding cooperation in all areas, including the economic sphere.

The parties reiterated their principled position on mutual support for each other's independence, sovereignty, and territorial integrity.

During the telephone conversation, cooperation within international organizations, as well as regional and other issues of mutual interest were discussed.