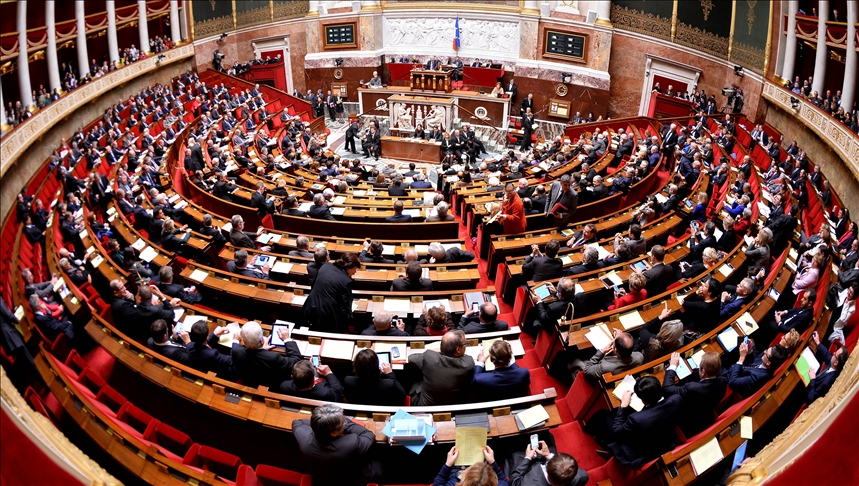 Because the French parliament did not make such decisions to support Azerbaijan, which was expelled from its land, its population was subjected to genocide and ethnic cleansing was committed for 30 years. Rather, he did not want to do it because he thought it was not in line with his national interests. After the victory of Azerbaijan in Karabakh, a new geopolitical reality was formed in the region. After this reality, while some states supported the increase of cooperation and the involvement of Armenia in this cooperation, some states thought that this process would be harmful. Because the disappearance of Armenia's demands against its neighboring states means the disappearance of the source of instability in the region. Armenia's normalization of relations with Türkiye eliminates the possibility of its use against Türkiye at the next stage. Let's take into account that in the previous processes, France took all possible steps towards recognizing the issue of the so-called Armenian genocide and even prohibiting its denial.

Currently, the only obstacle to the normalization of Turkish-Armenian relations is Armenia's non-signing of the peace treaty with Azerbaijan. If a peace treaty is signed between Azerbaijan and Armenia, relations between Türkiye and Armenia will be normalized in a very short period of time. At the same time, Azerbaijan-Armenia relations will be normalized. This means that the influence of Türkiye and Azerbaijan alliance in the region is increasing. The influence of the Azerbaijan-Türkiye tandem, which has already increased its influence in the region after the Karabakh victory, will increase its influence over Armenia. Moreover, Azerbaijan and Türkiye offer new cooperation opportunities and transport lines in the region. This includes the Zangazur corridor and Armenia's proposal to break out of isolation. To measure the impact of regional energy and transport lines on the power struggle, we can look at the Azerbaijan-Georgia-Türkiye trilateral cooperation. As a result of this tripartite cooperation, a new power center has emerged in the region. The participation of Armenia in this tripartite cooperation means the increase of the influence of Azerbaijan and Türkiye in the region. Considering that Armenia is the only regional state that is used against Azerbaijan and Türkiye by foreign powers, we can say that Armenia's participation in the Azerbaijan-Georgia-Türkiye cooperation means that these powers limit their ability to use it. At the same time, this means that the influence of the revanchists, who are allies of these foreign powers in Armenia, will disappear.

On the other hand, of course, the increase in the specific weight of Türkiye worries France, which competes geopolitically with it on many fronts of the world. I reminded that France is concerned about Türkiye's growing role in the Eastern Mediterranean and North Africa. In this sense, different countries use such issues against Türkiye. But in almost all of these areas of competition, France loses. For this reason, instead of regional normalization, it takes such deconstructive decisions. Of course, there is another issue that worries France. It is the weakening of Russia's power in the region. Of course, this issue worries many countries, and although the means are different, the goals are the same. To replace Russia's weakening power in the region.

Javid Valiyev, Head of the foreign policy department at the Center of Analysis of International Relations (AIR Center), especially for News.Az