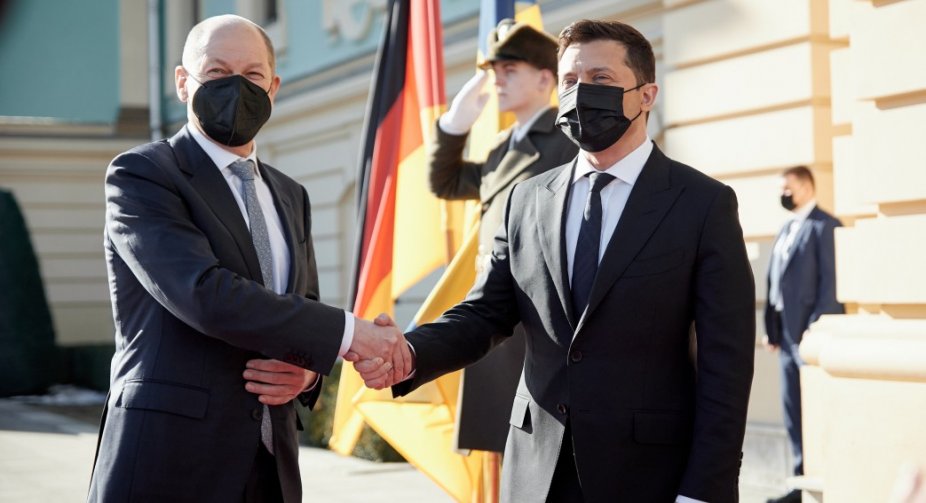 German Chancellor Olaf Scholz and Ukrainian President Volodymyr Zelensky have agreed "to do everything" to enable grain exports from Ukraine as concerns mount over a global food crisis, News.az reports citing UNIAN.

During a phone call Wednesday, Scholz briefed the Ukrainian leader on his calls with Russian President Vladimir Putin and French President Emmanuel Macron on May 28, according to a statement from the German Chancellery.

"The Chancellor and the Ukrainian President also exchanged views on the current military and humanitarian situation in Ukraine. They agreed that everything must be done to enable grain export from Ukraine, especially by sea," according to the Chancellery.

The leaders' call comes as Turkish and Russian foreign ministers met in Ankara on Wednesday to discuss issues related to grain exports from Ukraine.

In a tweet Wednesday, Zelensky said he raised the issue of Russia's "compliance with international rules of treatment of war prisoners" with Scholz. He also stressed the importance of decisions on Ukraine's integration into the European Union, according to the tweet.