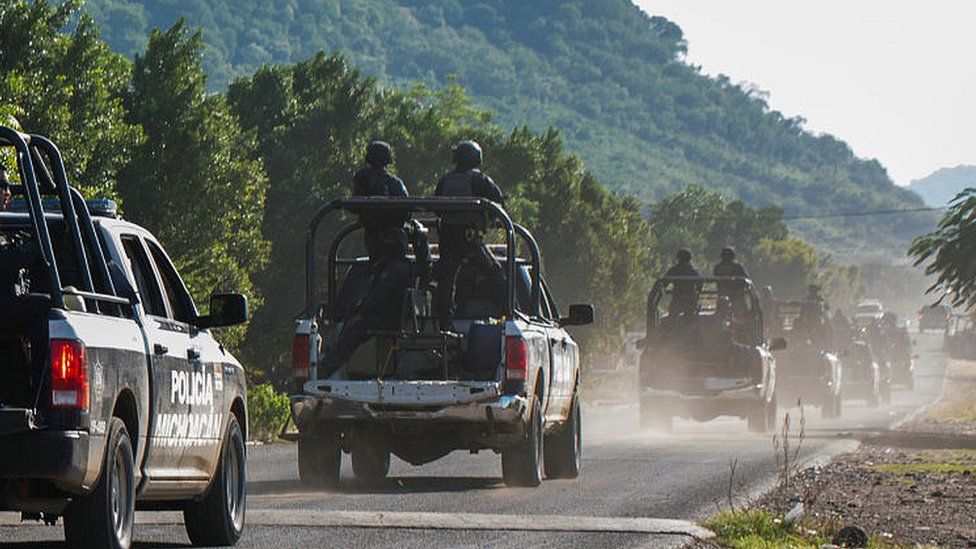 At least 13 people have been killed in an ambush on a police convoy by a suspected criminal gang in central Mexico, BBC reports.

The victims were all police officers and agents from the district attorney's office, officials said.

The ambush happened at Coatepec Harinas, a municipality in the State of Mexico.

Images posted on social media showed bullet-riddled police vehicles and bodies lying by the side of the road.

No group has so far said it carried out the attack.

The State of Mexico, which borders the capital Mexico City, is home to various criminal gangs and one of the most violent regions in the country.

Last year, more than 500 police officers were murdered in Mexico.

In the latest incident, the convoy had been patrolling the area to combat armed gangs operating in the area, police said.

Rodrigo Martínez-Celis, state security minister, called the attack an "an affront to the Mexican state".

"We will respond with all force and support of the law," he told reporters.

Mexico's National Guard and units of the armed forces have been deployed to search for the attackers.