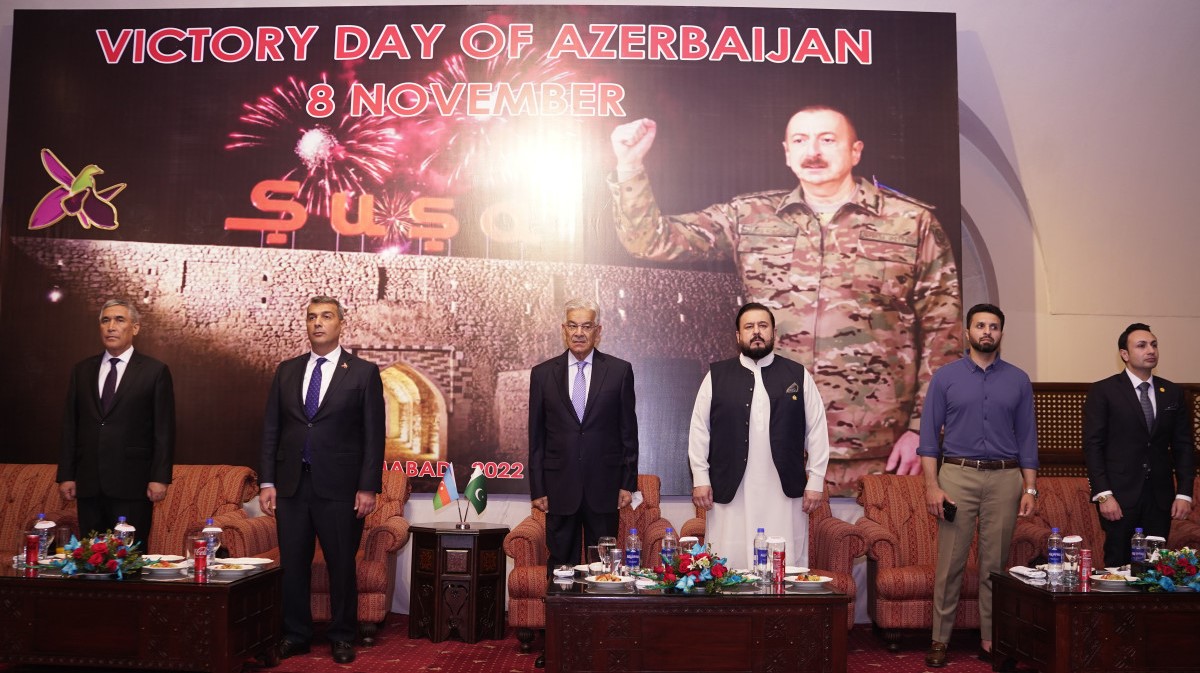 First, the memory of the martyrs of the Patriotic War was commemorated with a minute of silence.

Ambassador Khazar Farhadov, speaking after the playing of the national anthems of Azerbaijan and Pakistan, said that November 8 is celebrated as Victory Day in our country every year and thanked the guests for celebrating the second anniversary of our historic victory with us at this reception.