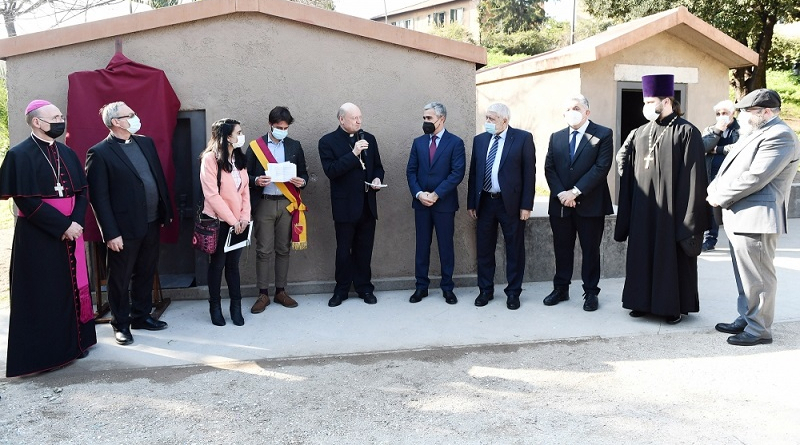 The projects of the Heydar Aliyev Foundation aimed at protecting historical, cultural and religious heritage are not confined to Azerbaijan’s borders. For more than a decade, the Foundation has been providing support for restoration of religious monuments of historical significance in the Vatican. On the initiative of Azerbaijan’s First Vice-President, President of the Heydar Aliyev Foundation Mehriban Aliyeva, the next phase of cooperation in this direction has been launched in the Vatican.

In this regard, a delegation of the Heydar Aliyev Foundation and representatives of religious communities in Azerbaijan visited the Vatican.

As part of the visit, a new cooperation agreement on the restoration of the Catacombs of Commodilla was signed between the Heydar Aliyev Foundation and the Pontifical Commission for Sacred Archaeology.

President of the Pontifical Council for Culture and the Pontifical Commission for Sacred Archeology Cardinal Gianfranco Ravasi described the signing ceremony as a milestone event in relations between the Vatican and Azerbaijan. He noted that this successful cooperation, built by the Heydar Aliyev Foundation and the Vatican, not only serves the protection of cultural heritage, but also contributes to the development of interreligious dialogue. 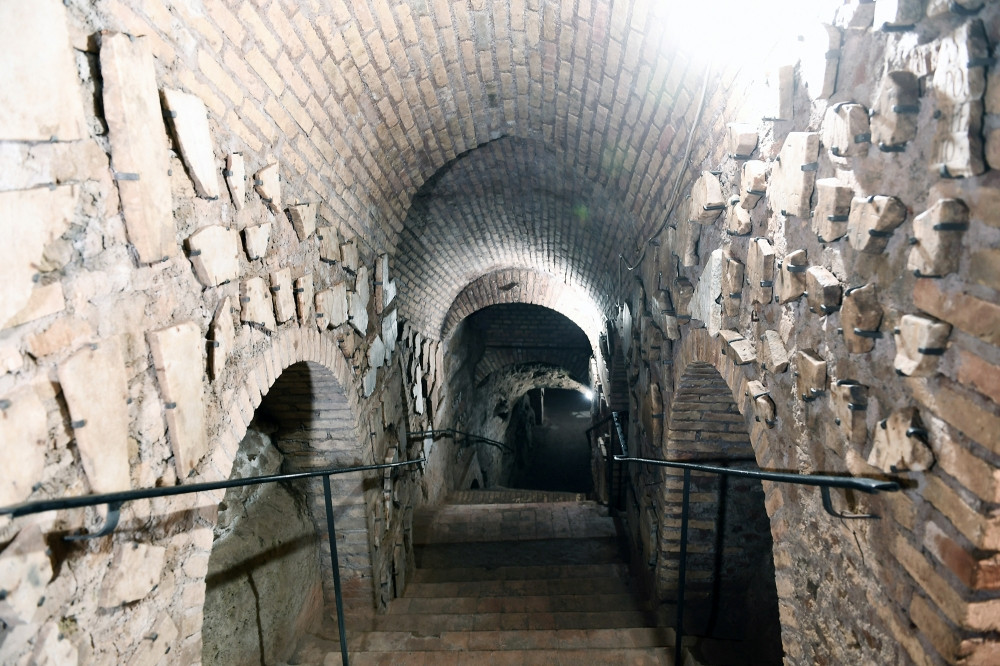 During the meeting, First Vice-President Mehriban Aliyeva’s letter was presented to Cardinal Gianfranco Ravasi. The letter says: “On the one hand, our common efforts strengthen excellent bilateral relations between the Republic of Azerbaijan and the Holy See. On the other hand, they reflect our concrete and practical contribution to so much needed intercultural and inter-religious dialogue at the global level."

“Azerbaijan, through the activities of its Heydar Aliyev Foundation has demonstrated all these years that all elements of cultural heritage are equally dear to us. And we share the view that Christian catacombs are the samples of world heritage, without geographical, cultural and religious limits, and as such should be protected and enhanced. Thus Azerbaijan would be ready to continue in the years to come its efficient cooperation with the Pontifical Commission on Sacred Archaeology.

The signature of another agreement that will allow us to participate in the restoration and conservation project in the Catacombs of Commodilla is another proof of our strong commitment to the protection of world cultural heritage. I am pleased that the implementation of this project, when completed in two years, will also allow to open these important catacombs to public.” the letter mentions. 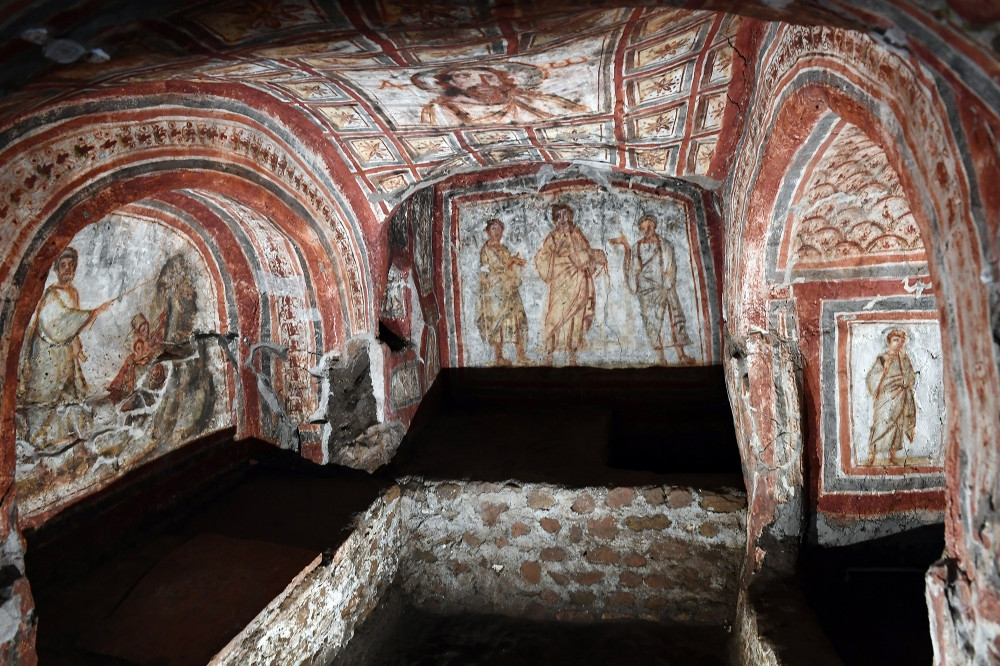 “As a result of military aggression and illegal occupation by Armenia of Nagorno Karabakh and seven other regions of Azerbaijan that lasted almost thirty years, enormous damage has been done to unique cultural heritage of Azerbaijan in those territories. When as a result of Patriotic War last year Azerbaijani lands were finally liberated from occupation, it was extremely painful to witness the frightening scale of destruction and devastation. The harsh reality that we saw has been much worse than we expected, with hundreds of historical monuments, museums, art galleries, mosques, cemeteries razed to ground, plundered, desecrated or vandalized.

Now we face a huge task of rebuilding all those liberated lands. I am confident that we will do it successfully. We will restore destroyed towns and villages. We will try our best to restore and save all of the ruined cultural heritage, irrespective of its origin because this heritage also represents the diversity of our country that we are so much proud of,” the letter says.

Noting that international experts were involved in the projects implemented in the Vatican, the Azerbaijani delegation encouraged the Vatican experts to closely participate in the restoration of historical and cultural heritage in the liberated territories of Azerbaijan and contribute to this process by presenting their views and recommendations. 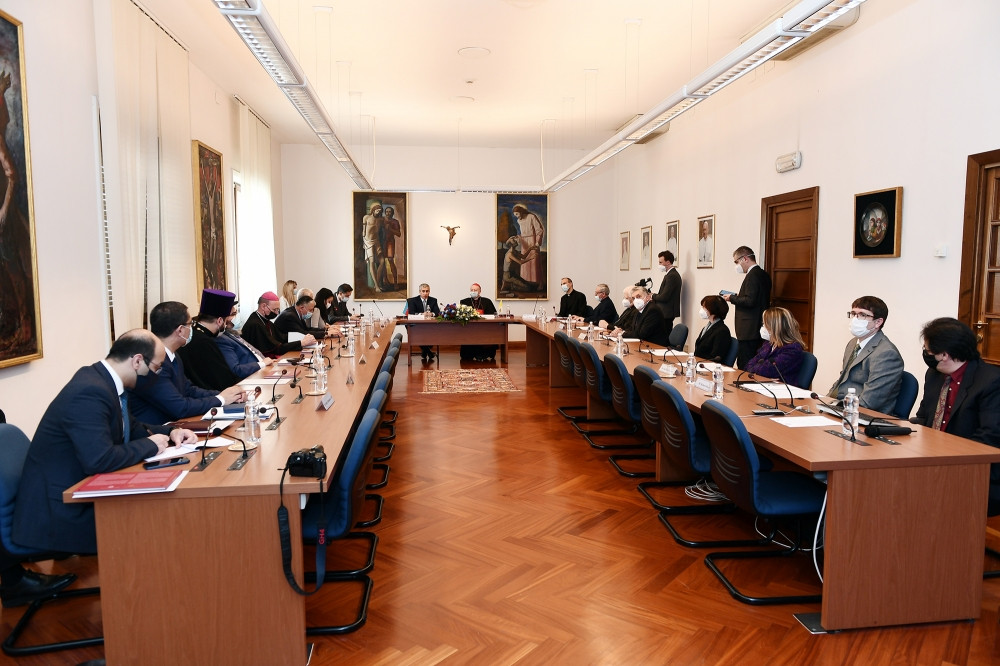 Superintendent of Pontifical Commission for Sacred Archaeology, Professor Fabrizio Bisconti delivered a summary report of the work done as part of the cooperation between the Heydar Aliyev Foundation and the Vatican, and also made a presentation on the restoration work to be done in the third phase.

Speaking at the ceremony, Deputy Chairman of the Caucasus Muslims Office (CMO), Rector of Baku Islamic University Sabir Hasanli and Chairman of the Mountain Jewish Community of Baku Milikh Yevdayev highlighted religious tolerance, multicultural environment, as well as the conditions created in Azerbaijan for religious communities.

The Azerbaijani delegation then familiarized themselves with the Catacombs of Commodilla located in the 8th region of the city of Rome. They also got acquainted with the new museum of the St. Sebastian catacomb and the restored sarcophagi with the support of the Heydar Aliyev Foundation.

The delegation also visited the 4th-century Basilica of St. Sebastian, as well as the bas-relief of “the meeting between Pope 1st Leo and Hun Emperor Attila” in the St. Peter’s Basilica which was restored with the support of the Heydar Aliyev Foundation in 2020. 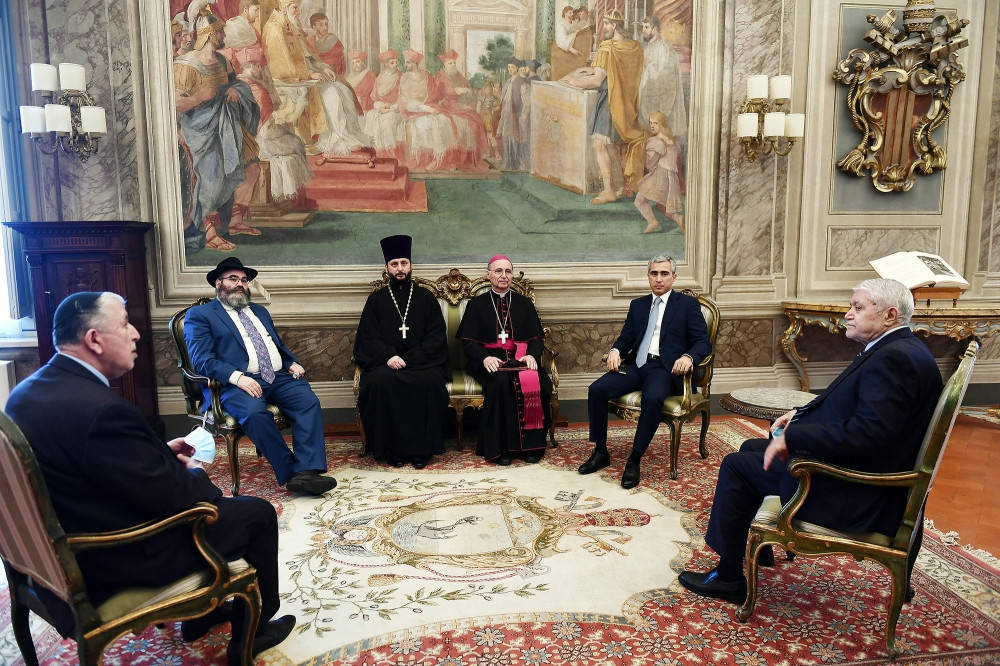 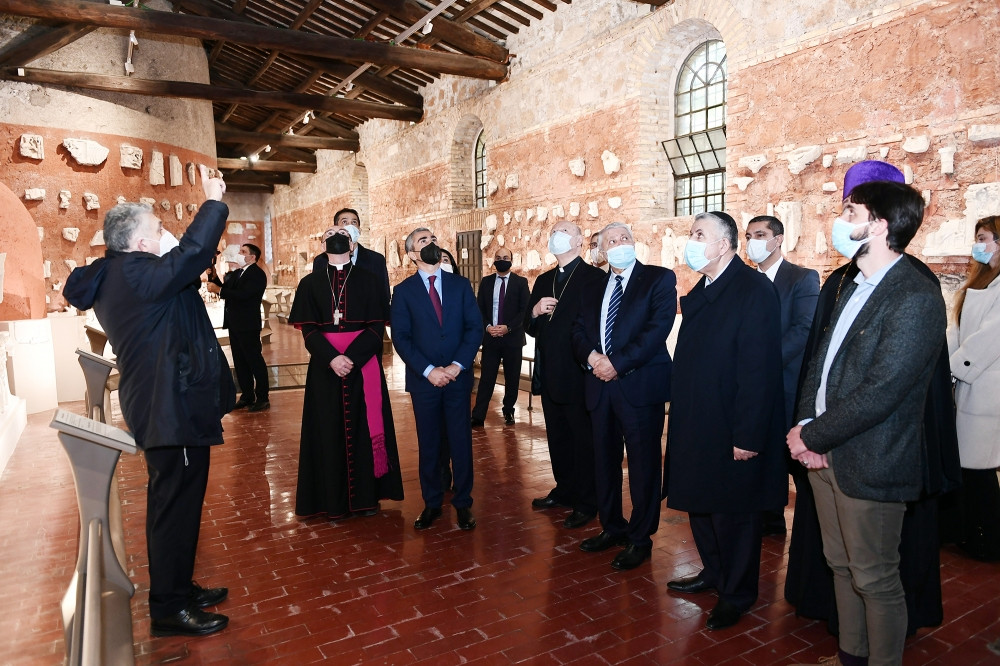