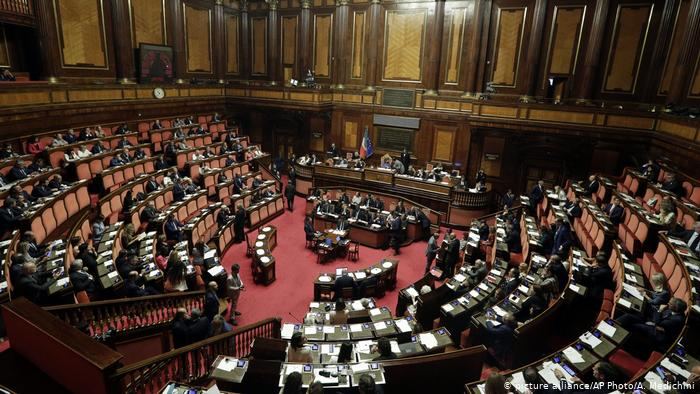 The new Italian cabinet led by Prime Minister Giorgia Meloni won the confidence of the lower house of parliament on Tuesday, with 235 votes in favor, 154 against and five abstentions, News.az reports citing Xinhua.

The cabinet must now pass the second confidence test in the senate on Wednesday in order to become fully operative.

Ahead of the vote, Meloni outlined the key points of her government's program, vowing to lead the country as best she can through what she described as some of the toughest times in decades. She also pledged to follow European Union (EU) rules.

Meloni, leader of the Brothers of Italy, is the first woman ever to serve as prime minister in the country.

Therefore, Meloni was asked by President Sergio Mattarella to lead the government on Oct. 22.

In her first speech to lawmakers ahead of the confidence vote, Meloni stressed that Italy would keep moving within the boundaries of Western alliances.

"Italy is fully part of the West and of its alliance system, a founding member of the European Union, the eurozone and the (North) Atlantic alliance," she said.

She also explained that she was aware of the curiosity surrounding her government's posture towards the EU institutions.

"I would rather talk about our posture 'within' EU institutions ... because that is where Italy will make its voice heard, not to hold integration back but to help steer it to greater effectiveness," she said.

On the domestic front, Meloni said the government's priorities include a constitutional reform to introduce a presidential system, a wider "flat-tax" system, and increasing support for households and for women in the job market.