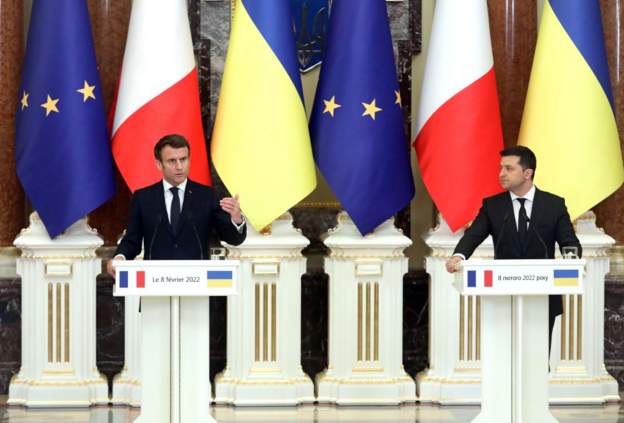 Zelensky says he enjoyed a "long and meaningful" phone call with his French counterpart this afternoon.

Zelensky tweeted that he had also spoken to Macron about Ukraine's application to join the European Union.

During the phone call, Macron said the application would be examined by EU members at a summit in June and repeated an idea about creating a new "political community" outside the EU to make it easier to integrate Ukraine.

Having long opposed Ukraine becoming an EU member, Russia briefly agreed to the prospect during a round of peace talks.

However, this support was later revoked, with officials blaming comments made by top EU diplomat Josep Borrell that the war between the two nations "will be won on the battlefield".