The participants observed a minute of silence to honor the blessed memory of Azerbaijani martyrs.

The participants were informed that in response to Armenia’s military provocations on September 27, 2020, the Azerbaijani Armed Forces launched counteroffensive operations to restore the country’s territorial integrity and liberated the country’s territories from the Armenian occupation. It also noted that about 100 Azerbaijani civilians were killed as a result of Armenia’s war crimes and crimes against humanity during the 44-day Patriotic War.

It was also stressed that the Azerbaijani state is carrying out large-scale restoration and reconstruction work in the country’s liberated territories. The participants were briefed on Armenia’s regular provocations aimed at hindering the peace process in the region.

The event featured the screening of a video dedicated to Remembrance Day. Booklets were distributed among the participants, and flowers were laid in front of the corner dedicated to the memory of Patriotic War martyrs. 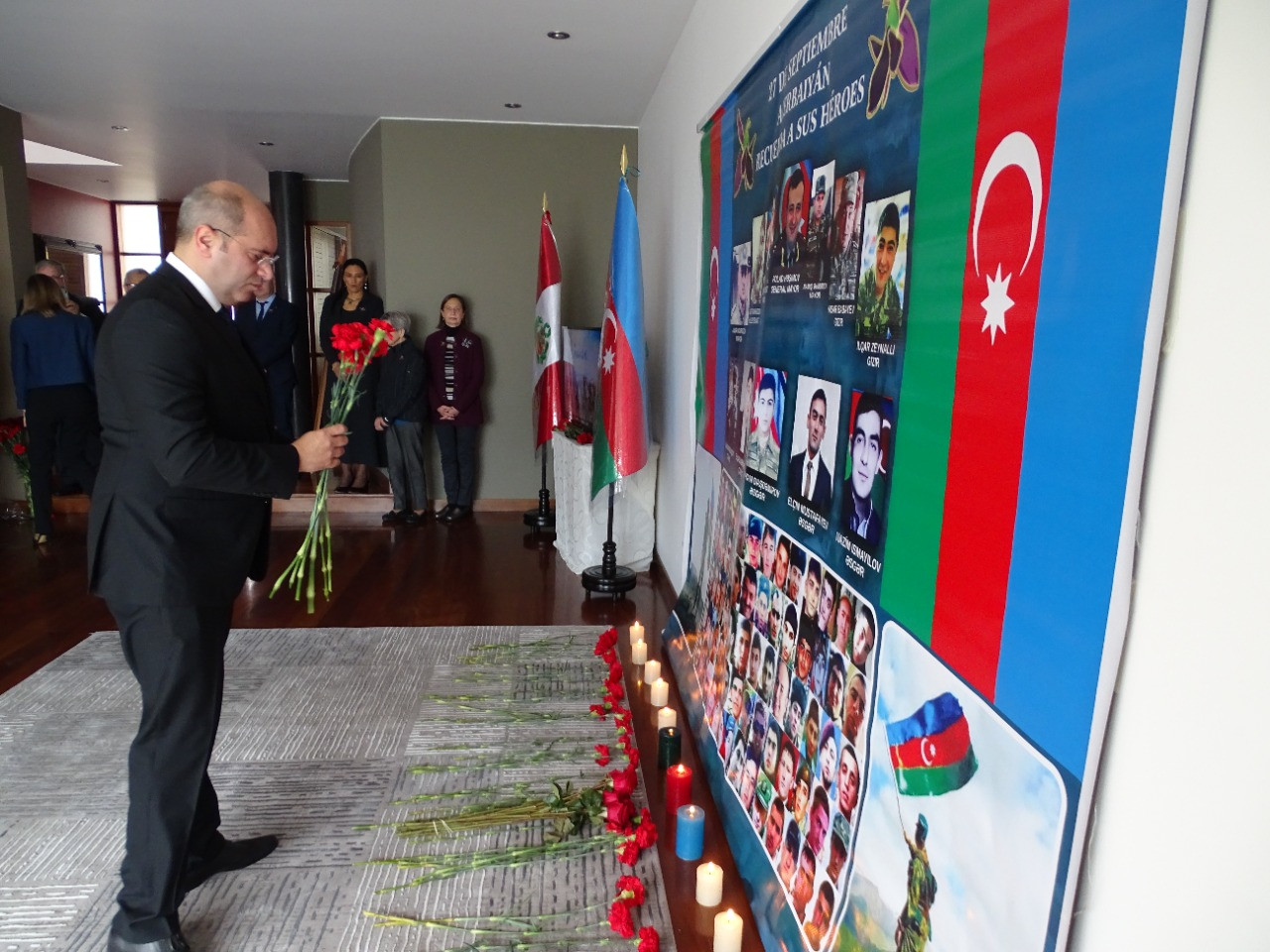