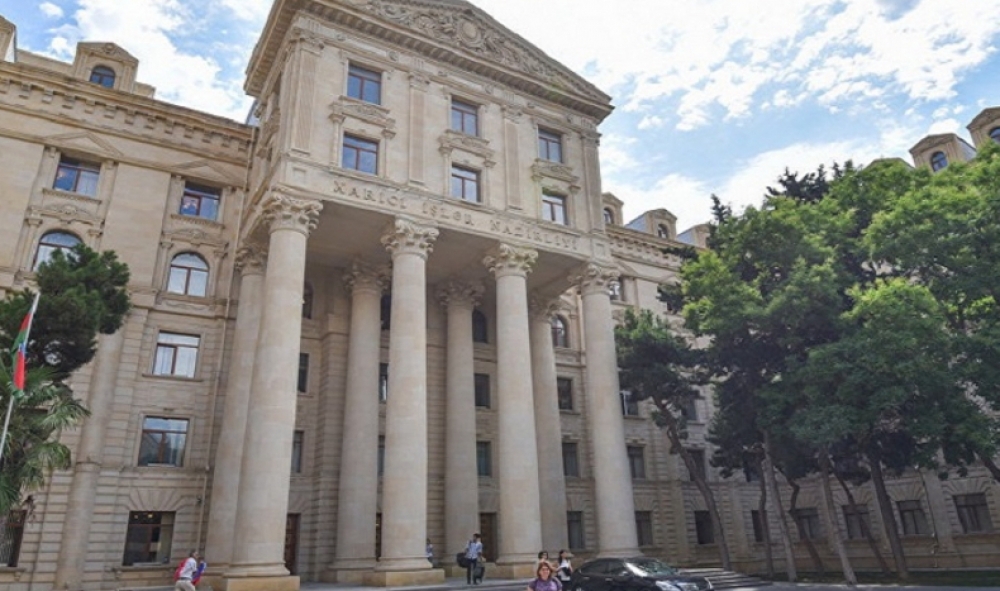 On June 8, 2022, the Prosecutor General of Armenia illegally visited the territory of the Republic of Azerbaijan and met with the "representative" of the so-called organization, the Press Service of Azerbaijan's Ministry of Foreign Affairs said, News.az reports.

"This step, taken against the sovereignty, territorial integrity, and inviolability of the internationally recognized borders of the Republic of Azerbaijan seriously, undermines the normalization of relations between Armenia and Azerbaijan in the post-conflict period, as well as the efforts made to establish peace and security in the region, in addition to violating the fundamental norms and principles of international law.

This irresponsible and provocative step of the Armenian side once again demonstrates the insincerity of this country in the normalization process, as well as overshadowing the efforts of international mediators.

We would like to mention once again that the Armenian side is fully responsible for this provocative step," noted.