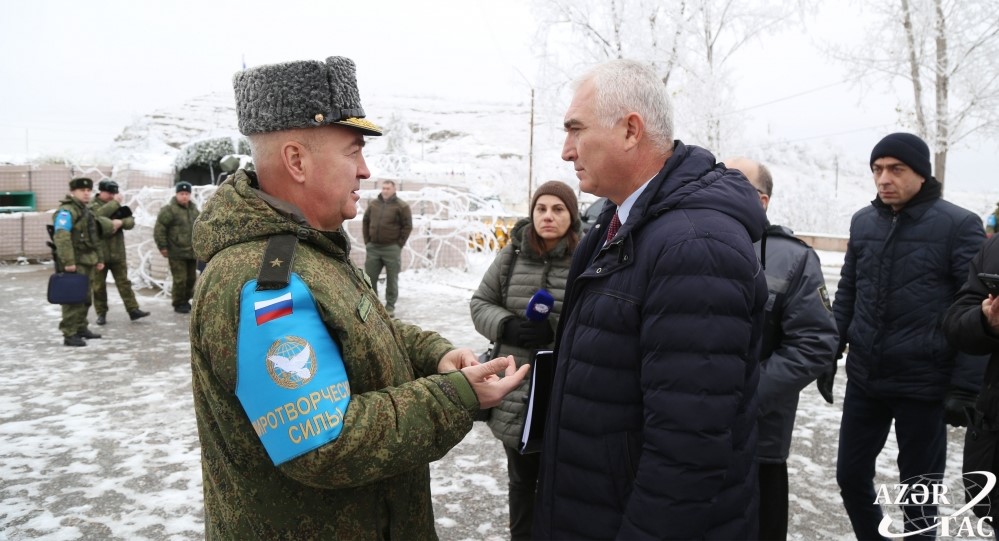 Azerbaijan’s Ministry of Economy and the Ministry of Ecology and Natural Resources have jointly issued a statement about the meeting of the monitoring group, which will investigate the illegal exploitation of natural resources, with the command of the Russian peacekeeping contingent temporarily deployed in the territory of the Republic of Azerbaijan, News.az reports.

As a follow-up to the discussions held on December 3, the next meeting between the monitoring group consisting of the experts of the Ministry of Ecology and Natural Resources, the State Service on Property Issues under the Ministry of Economy, the employees of AzerGold Closed Joint Stock Company and the command of the Russian peacekeeping forces regarding the illegal exploitation of mineral deposits located in the territories of Azerbaijan where the Russian peacekeeping forces are temporarily deployed, as well as environmental and other secondary consequences caused by this activity was held in Khojaly on December 7.

During the meeting, the sides discussed issues related to the on-site inspection of mineral deposits, especially Gizilbulag gold and Damirli copper-molybdenum deposits, stopping the illegal exploitation, monitoring and inventory control in various areas, organization of cadastral accounting of property, assessment of potential damage and risks inflicted on the environment, underground and surface water sources, as well as eliminating the consequences of the damage.