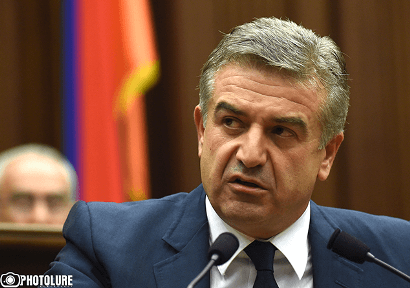 "There will be radical personnel changes in the Cabinet."

It is definite that if the ruling Republican Party of Armenia wins in the forthcoming parliamentary election and Karen Karapetyan remains Prime Minister, there will be radical personnel changes in the Cabinet, after the election, according to Hraparak newspaper.

“But, according to our sources close to the government, the changing of some ministers—including the ministers Karen Karapetyan brought—is not ruled out these days. [But] our source did not explain as to this applies to especially which ministries,” wrote Hraparak.