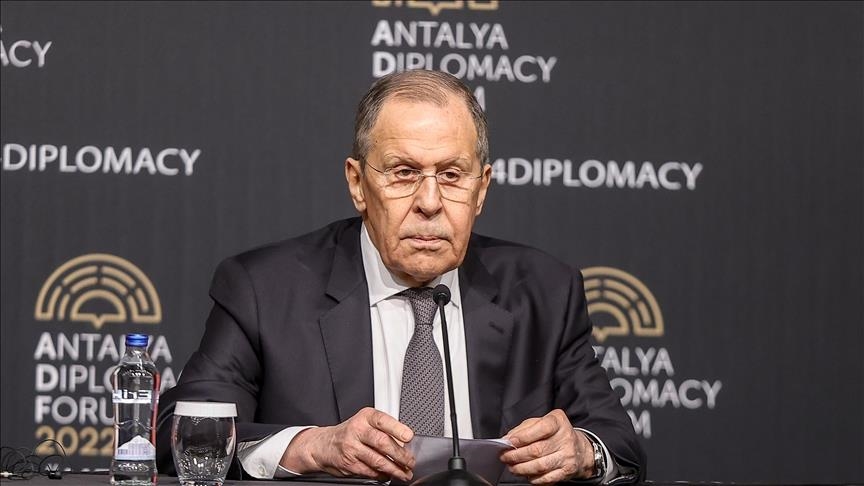 There is no alternative to discussions, Russia’s Foreign Minister Sergey Lavrov said, affirming his country’s support for all efforts towards finding a solution to the problem.

Lavrov described the Turkiye-initiated meeting with his Ukrainian counterpart as ‘productive’.

The foreign ministers of Turkiye, Russia and Ukraine, Mevlut Cavusoglu, Sergey Lavrov and Dmytro Kuleba, held a trilateral meeting on the sidelines of the Antalya Diplomacy Forum on Thursday.

The meeting lasted for more than an hour.