One soldier dead, 6 injured in car explosion in Afghanistan 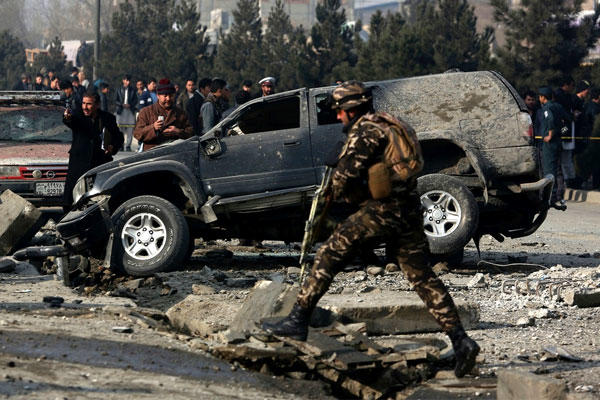 A car bomb exploded near the Balkh district of northern Balkh province killing at least one soldier and injuring six others on Tuesday, Hebatullah Alizai, commander of 209 Shaheen Army Corps, said, Sputnik reports.

”At least 1 commando soldier was killed and 6 others were wounded in a car bomb close to the commando compound in Balkh district of Balkh province," the commander said.

The blast occurred at around 9 a.m. local time (4:30 GMT), a spokesman for the Afghan Ministry of Interior said.

One soldier died and about 40 people, including both — military and civilians, were injured.