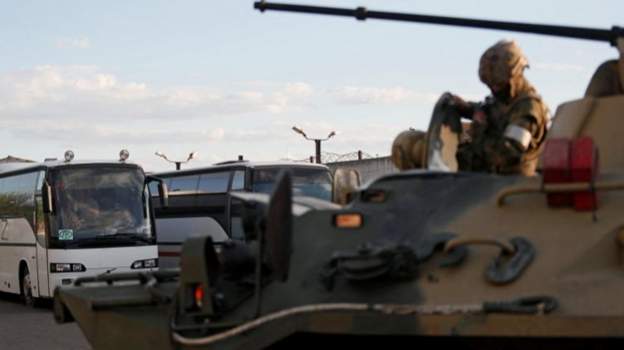 Peace talks between Russia and Ukraine are not progressing and they will most likely not resume after the "capitulation" of the Ukrainian military from Azovstal steelworks, Kremlin spokesperson Dmitry Peskov has said, News.az reports citing Interfax.

"Negotiations are really not progressing. We see a complete lack of desire among the Ukrainian negotiators to continue this process," Interfax news agency quoted him as saying.

He said there was no question that the fighters who have left the besieged Azovstal steel plant in the port city of Mariupol had surrendered.

"The definition is unambiguous: those who took refuge, the soldiers who took refuge on the territory of Azovstal, they are laying down their weapons and are surrendering," he added, according to the Interfax.